Suspect in University of Idaho Quadruple Murder In Custody

Police in Moscow, Idaho announced a 28-year-old man has been into custody in connection to the murder of four college students in an off-campus residence.

Bryan Christopher Kohberger was arrested in Pennsylvania’s Monroe County and is being held pending his extradition to Idaho, where there is an active warrant for his arrest for first-degree murder.

Kohberger is a Ph.D. student at nearby Washington State University studying Criminology. He received a Master’s Degree in Criminal Justice in May of 2022 from DeSales in Pennsylvania. While pursuing his degree, Kohberger posted on messaging forum Reddit in search of participants for a research project “that seeks to understand how emotions and psychological traits influence decision-making when committing a crime.”

“In particular, this study seeks to understand the story behind your most recent criminal offense, with an emphasis on your thoughts and feelings throughout your experience,” wrote Kohberger on the thread r/ExCons.

Kohberger was reportedly apprehended by a SWAT team around 3 am on Dec. 30 near Scranton, Pennsylvania.

The suspect’s motive or connection to the victims has not been disclosed.

Between 3 am and 4 am on Nov. 13, Kaylee Goncalves, Madison Mogen, Xana Kernodle and Ethan Chapin were stabbed to death in a rental home near the University of Idaho. The victims, who were found on the building’s second and third floors, are believed to have been asleep when they were attacked. Some showed signs of defensive injuries and all four were stabbed multiple times.

Two other roommates were asleep on the house’s first floor and did not hear the attack.

Law enforcement has spent weeks investigating the murders, ruling out a number of people who had contact with the students on the night of their deaths. Idaho Governor Brad Little authorized $1 million in expenses for the investigation. Although the weapon was determined to be a fixed-blade knife, investigators were unable to locate the item.

Moscow police wavered on their description of the crime in the weeks following the attack, calling it an “isolated incident” but also saying they could not be sure there was no threat to the community.

Law enforcement announced on Dec. 7 that they were searching for a white Hyundai Elantra that was recorded in the “immediate area” of the crime scene around 3:45 am on Nov. 13. They said the driver “may have critical information” regarding the quadruple homicide.

A vehicle matching the description was found abandoned in Oregon but was ultimately determined to not be the car in question. A white Hyundai Elantra was reportedly towed from Kohberger’s home around the time of his arrest.

Moscow Police Chief James Fry was present at the crime scene on Dec. 7 while investigators cleared the house of the victims’ personal items, including a pair of pink cowboy boots that sat in the widow of the home that are believed to belong to Mogen.

“We just went in to gather the belongings, and we’re just trying to give stuff back to the families so that they can have some closure,” he told reporters while a U-Hual truck was loaded. He also stressed that the case was not cold.

The house was scheduled to be professionally cleaned on Dec. 30 because of biohazards and chemicals used during the investigation. Once the cleaning was completed, the house was turned over to the property management company that oversees the rental.

Idaho’s investigators have scheduled a press conference for 4 pm ET on Dec. 30. 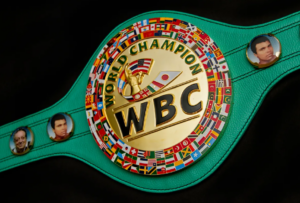