'We cannot say that there is no threat to the community,' said the Moscow Chief of Police

Law enforcement continues to search for the person or people who fatally stabbed four university students in Idaho.

Police in Moscow, Idaho have warned the public to stay vigilant as the killer is still at large.

“We do not have a suspect at this time, and that individual is still out there,” said Moscow Police chief James Fry during a Nov. 16 press conference. “We cannot say that there is no threat to the community, and as we’ve stated, please stay vigilant, report any suspicious activity, and be aware of your surroundings at all times.”

After receiving a call on Nov. 13 about an unconscious person near campus, police arrived at an off-campus rental house to find the door open. Inside were all four victims — Ethan Chapin, 20, Xana Kernodle, 20, Madison Mogen, 21, and Kaylee Goncalves, 21.

Chapin and Kernodle were at an on-campus party while Mogen and Goncalves were at a downtown bar on Nov. 12 in the hours leading up to the attack. All of them are believed to have returned to their residence around 1:43 AM. All four were stabbed but the weapon has not been identified or recovered. Police also say there was no clear sign of forced entry. Autopsies were conducted on Nov. 16.

“Investigators are working to follow up on all leads and to identify a person of interest. Based on details at the scene, we believe this was an isolated, targeted attack on our victims,” Fry told the public.

Two other roommates were home the night of the attack and are unharmed. Fry refused to describe them as witnesses or say if either had been the 911 caller.

The Federal Bureau of Investigation and the Idaho State Police are now working with local law enforcement, bringing the total number of investigators to 25.

“This crime has shaken us to the core,” said the Director of the Idaho State Police Colonel Kendrick Wills.

University of Idaho President Scott Green was pressed by a reporter to explain why the school had not canceled classes in light of the potential threat to the community.

“Well, because a number of our students still want to go to class,” he said. “They gain comfort in being around other (students), they gain comfort from interacting and staying busy with their faculty and attending classes, labs, some are working on their semester project.”

Scott added that students who have left town or who do not feel comfortable going to campus are being given excused absences.

“We felt this was the best way to respond, to give as much flexibility to our students and faculty to help manage the situation,” said the university president. “This crime is simply beyond comprehension.”

“We will continue to put out information when we have time,” Fry said. “We love this community, a lot of us went to the University of Idaho and we will do everything we can to solve this.” 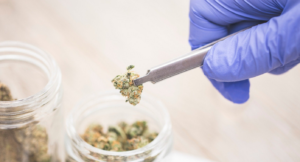