Transgender boxers will be matched according to an ‘at birth’ rule

The governing body of boxing will roll out a new category for competitors who identify as transgender.

The World Boxing Council will offer the new category for the first time in 2023. The division will follow an “at birth” rule, meaning boxers will only fight other athletes who were assigned the same gender at birth. For example, a boxer who identifies as a transgender man who was born female would be scheduled to fight another person in the division who was also female at birth.

“We are going to put out a global call for those who are interested in 2023 and we will set up the protocols, start consultation and most likely create a league and a tournament,” said WBC President Mauricio Sulaiman while speaking with The Telegraph. “It is the time to do this, and we are doing this because of safety and inclusion.”

“There should be no grey area around this, and we want to go into it with transparency and the correct decisions,” the WBC president added. “Woman to man or man to woman transgender change will never be allowed to fight a different gender by birth.”

The WBC plans to “put out a global call” to gauge interest among transgender competitors. The new division may be separated entirely into its own league which could be governed by its own rules.

“We are creating a set of rules and structures so that transgender boxing can take place, as they fully deserve to if they want to box. We do not yet know the numbers that there are out there, but we’re opening a universal registration in 2023, so that we can understand the boxers that are out there — and we’ll start from there,” noted Suliaman.

Sulaiman previously stressed the profound differences between male and female boxers during an Instagram Live in 2020. At the time, he said his organization did not “accept transgender boxing.”

“There’s only male and female, there’s no in between. People say it has to be the same – so you mean we have to do pregnancy tests for men as well? I mean, it’s a really big difference,” he said, per MMA News.

Patricio Manuel became the first transgender-identifying boxer to compete in a professional fight on Dec. 12, 2018. Manuel defeated Hugo Aguilar in Indio, California while competing in the super-featherweight division following a unanimous decision.

Manuel, who was born female, was previously a five national amateur championship in the sport’s women’s league. Manuel also participated in the 2012 Olympic trials as a woman, sustained a shoulder injury and was eliminated.

While recovering from the should injury, Manuel began to question being female. The boxer medically transitioned one year later, per CNBC.

Manuel was subsequently asked to be the face of Everlast, the over-100-year-old manufacturer of equipment for boxing and mixed martial arts.

Under boxing’s new rule, Manuel would compete against other boxers who were female at birth and currently identify as transgender. 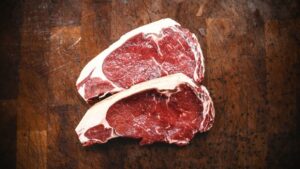