Investigators have not named a suspect in the Nov. 13 attack

Students and faculty at the University of Idaho gathered for a candlelight vigil in honor of the four students stabbed to death just over two weeks ago.

Police in Moscow continue to search for a suspect in the brutal crime that happened at an off-campus apartment in the early hours of Nov. 13. Following a 911 call about an unconscious person, police arrived at the rental house and discovered the four deceased victims –Ethan Chapin, 20; Xana Kernodle, 20; Madison Mogen, 21; and Kaylee Goncalves, 21.

The call was made from the cell phone of one of the two unnamed and uninjured roommates who shared the house with Kernodle, Mogen and Goncalves. Investigators have said the emergency line dispatcher spoke to several people and did not say specifically how many people were at the residence when law enforcement arrived. Neither roommate is believed to be involved in the crime.

A private party driver and a man observed on video at a food truck Mogen and Goncalves visited in their final hours have both been ruled out as potential suspects.

Police have determined that the student dies between 3 AM and 4 AM. Some sustained defensive wounds. Two victims were found on the second floor and two were found on the third floor. A coroner determined during their autopsies that the weapon was a fixed-bade knife. At a Nov. 23 press conference, authorities denied rumors that the victims were bound and gagged or that the deaths were caused by a murder-suicide plot.

Investigators had initially not cordoned off the residence’s driveway or backyard and the crime scene’s boundaries were reported to have been expanded days into the investigation. The Moscow Police said in a statement the boundary tape was moved to give law enforcement more space to work, per The Independent.

Hours before the vigil commenced, police towed five vehicles from the driveway of the crime scene. Idaho State Police Communications Director Aaron Snell told KTVB7 that they would be taken to a “more secure long-term storage location.”

“Most of our evidence collection has been completed. As we find other tips or leads that lead us in a different direction, we will collect more evidence,” said Snell. “If there is something to collect, we will most definitely collect that. A perfect example is the five vehicles. We’re moving them to another location. If there is any evidence we want or need from those, then that’s where we’ll grab it from there.”

Classes resumed on Nov. 28 after the Thanksgiving holiday recess. In addition to the University of Idaho community, vigils have been organized at universities across the state in honor of the murdered students.

The university has asked staff members who choose to speak to the media about the vigil to be clear they are not speaking on behalf of the institution and to be mindful that “comments will be used at the reporter’s discretion, in context or otherwise.”

“Only talk about what you know is fact,” states the school’s website. “Speculation and rumors do nothing but hurt the families of the victims and distract from the truth which will bring the perpetrator to justice.”

While Moscow Police have said they believed the murders were part of an “isolated” and “targeted” attack, they acknowledged the community was still facing danger.

“We cannot say that there is no threat to the community,” Moscow police Chief James Fry said during a press conference. “There is a threat out there, possibly.” 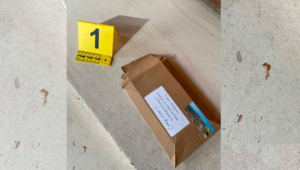