Iowa and North Dakota became the eighth and ninth states to ban TikTok on electronic devices owned and issued by the state government.

The announcements coincided with action taken on a federal level to prevent the social media app from operating in the United States following repeated concerns about data harvesting and potential threats to national security posed by the Chinese Communist Party.

“It is clear that TikTok represents a national security risk to our country and I refuse to subject the citizens of Iowa to that risk,” said Reynolds in a statement released by her office. “They trust us with their personal and confidential information and we will take every step possible to protect it, including from the Chinese government. The safety of Iowans is my number one priority and that includes their cybersecurity.”

“Protecting citizens’ data is our top priority, and our IT professionals have determined, in consultation with federal officials, that TikTok raises multiple flags in terms of the amount of data it collects and how that data may be shared with and used by the Chinese government,” declared Burgum on Dec. 13. “Reducing this security risk is the right thing to do, and we would offer NDIT’s support to assist and advise any partner entities that wish to pursue similar measures.”

North Dakota state employees are prohibited from visiting or downloading TikTok on any equipment owned by the government or while using the state’s network. Burgum also directed the state’s IT department to take steps to enforce the ban and assist any agencies in securing their devices.

The governors’ reasoning mirrors the sentiments shared by heads of state who have issued similar orders in the last few weeks.

Nebraska Governor Pete Ricketts was the first governor to prohibit TikTok on state-owned devices, issuing his order in 2020.

On Nov. 30 2022, South Dakota Governor Kristi Noem joined him. She said the people of her state would have “no part in the intelligence gathering operations of nations who hate us.”

Alabama Governor Kay Ivey said in her Dec. 12 executive order that protecting her state’s “infrastructure from cyber threats is vital” as “computer devices and networks” used by the government “house significant amounts of Alambamians’ sensitive data.”

She noted that TikTok’s parent company, ByteDance, is “potentially subject to Chinese laws enabling its data to be shared with the Chinese Communist Party.”

Disturbingly, TikTok harvests vast amounts of data from its users, much of which has no legitimate connection to the app’s supposed purpose of video sharing. For example, when users run the TikTok app for the first time, they give TikTok access to information such as their device brand, model, mobile carrier, browsing history, and geolocation. Use of TikTok involving state IT infrastructure thus creates an unacceptable vulnerability to Chinese infiltration operations.

“Federal law enforcement and national security officials have warned that TikTok poses a clear and present danger to its users, and a growing bi-partisan coalition in Congress is pushing to ban access to TikTok in the United States,” wrote South Carolina Governor Henry McMaster in his Dec. 5 letter to his state’s Department of Administration.

Iowa’s ban was implemented on the same day a bipartisan ban on TikTok’s operation in the US was presented in the Senate and the House of Representatives. The effort is being led by two Republicans, Senator Marco Rubio and Representative Matthew Gallagher, and Democratic Representative Raja Krishnamoorthi.

There are more than 1 billion active daily TikTok users around the world and 85 million in the US. 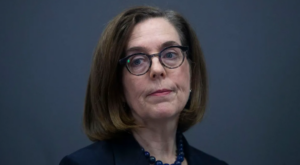