The state has observed a moratorium on capital punishment since 2011

Oregon Governor Kate Brown commuted the sentences of the 17 prisoners in the state currently facing the death penalty.

The prisoners will now serve life sentences without the possibility of parole.

“Justice is not advanced by taking a life, and the state should not be in the business of executing people — even if a terrible crime placed them in prison,” Brown announced on Dec.13. “The death penalty is immoral.”

The order takes effect on Dec. 14. While in office, Brown has maintained a moratorium on the death penalty that was first enacted in 2011 by Governor John Kitzhaber. At the time, there had only been two executions in Oregon since 1976.

Brown acknowledged in her announcement that her decision was not comparable to commutations granted to “individuals who have demonstrated extraordinary growth and rehabilitation.”

“This commutation is not based on any rehabilitative efforts by the individuals on death row,” Brown wrote in her public statement. “Instead, it reflects the recognition that the death penalty is immoral. It is an irreversible punishment that does not allow for correction; is wasteful of taxpayer dollars; does not make communities safer; and cannot be and never has been administered fairly and equitably.”

“I also recognize the pain and uncertainty victims experience as they wait for decades while individuals sit on death row—especially in states with moratoriums on executions—without resolution. My hope is that this commutation will bring us a significant step closer to finality in these cases,” she added.

Similar concerns about delaying closure for victims’ families were expressed by Kitzhaber, a former emergency room doctor, when he discussed his decision to enact the moratorium.

The Oregonian reported that “for Kitzhaber, his internal struggle drew on his deep emotional response to his role in putting two men to death and brought him to his eventual moral reckoning.”

“The death penalty as practiced in Oregon is neither fair nor just; and it is not swift or certain,” Kitzhaber told the press in 2011. “It is a perversion of justice that the single best indicator of who will and will not be executed has nothing to do with the circumstances of a crime or the findings of a jury. The only factor that determines whether someone sentenced to death in Oregon is actually executed is that they volunteer.”

“It is time for Oregon to consider a different approach,” the democrat added. “I refuse to be a part of this compromised and inequitable system any longer.”

Brown noted that Oregon had all but eliminated capital punishment with the passage of SB 1013, which narrowed the definition of aggravated murder — which is currently the only death penalty-eligible crime in the state. The law limited capital punishment sentences to acts of terrorism in which two or more people died. Brown signed the bill into law on Aug. 1, 2019.

Still, the death penalty has remained in the state’s Constitution, which can only be altered through a public vote. It is possible a future governor could reinstate the penalty.

The move comes during Brown’s final days in office. The state’s 38th governor will be succeeded by fellow Democrat Tina Kotek, the speaker of the Oregon House of Representatives. According to the BBC, Kotek has said she opposes the death penalty because of her religious beliefs.

Oregon, California and Pennsylvania all have a governor-imposed moratorium on the death penalty. Another 23 states do not have the death penalty while capital punishment is maintained by 24 states. 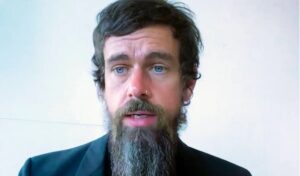 'This Is My Fault Alone': Jack Dorsey Responds To Twitter Files