'This Is My Fault Alone': Jack Dorsey Responds To Twitter Files

On Tuesday, former Twitter CEO Jack Dorsey responded to revelations of the Twitter Files in a blog post saying the company’s shortcomings were “[his] fault alone.”

Following criticism over Twitter Files revelations regarding Dorsey’s participation in Twitter’s previous censorship tactics, the former CEO expanded on his previous role in the company and provided suggestions for the company’s future.

“There’s a lot of conversation around the #TwitterFiles. Here’s my take, and thoughts on how to fix the issues identified,” Dorsey wrote. “The Twitter when I led it and the Twitter of today do not meet any of these principles.”

There's a lot of conversation around the #TwitterFiles. Here's my take, and thoughts on how to fix the issues identified. I'II start with the principles I've come to believe based on everything l've learned and experienced through my past actions as a Twitter co-founder and lead:

“This is my fault alone,” Dorsey said, claiming he “completely gave up” when an activist joined the company in 2020. “I no longer had hope of achieving any of it as a public company with no defense mechanisms (lack of dual-class shares being a key one). I planned my exit at that moment knowing I was no longer right for the company.”

“The biggest mistake I made was continuing to invest in building tools for us to manage the public conversation, versus building tools for the people using Twitter to easily manage it for themselves,” Dorsey continued. “This burdened the company with too much power, and opened us to significant outside pressure (such as advertising budgets).”

I don't want to edit everything into 280 char chunks, so here's the rest: https://t.co/eWVwDFxq7e

“We did the right thing for the public company business at the time, but the wrong thing for the internet and society,” Dorsey wrote. “If we had focused more on tools for the people using the service rather than tools for us, and moved much faster towards absolute transparency, we probably wouldn’t be in this situation of needing a fresh reset (which I am supportive of)”

“Of course governments want to shape and control the public conversation, and will use every method at their disposal to do so, including the media. … It’s critical that the people have tools to resist this, and that those tools are ultimately owned by the people,” Dorsey said. “Allowing a government or a few corporations to own the public conversation is a path towards centralized control.”

I’m a strong believer that any content produced by someone for the internet should be permanent until the original author chooses to delete it. … Content takedowns and suspensions should not be possible. … There are significant issues with this stance of course, but starting with this principle will allow for far better solutions than we have today. … I don’t believe a centralized system can do content moderation globally. It can only be done through ranking and relevance algorithms, … But instead of a company or government building and controlling these solely, people should be able to build and choose from algorithms that best match their criteria, or not have to use any at all. … The only way I know of to truly live up to these 3 principles is a free and open protocol for social media, that is not owned by a single company or group of companies, and is resilient to corporate and government influence.

“Many of you won’t trust this solution just because it’s me stating it. I get it, but that’s exactly the point,” Dorsey added. “Trusting any one individual with this comes with compromises, not to mention being way too heavy a burden for the individual.”

“I do still wish for Twitter, and every company, to become uncomfortably transparent in all their actions, and I wish I forced more of that years ago,” Dorsey concluded, saying he wishes the Twitter Files release had resembled a Wikileaks-style dissemination with “many more eyes and interpretations to consider.” 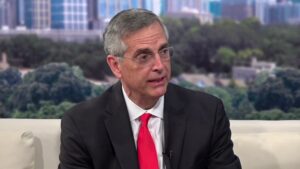