Texas is the latest state to prohibit the use or installation of the video social media platform TikTok on devices owned by the state.

In a letter to Texas Lieutenant Governor Dan Patrick and House Speaker Dade Phelan, Abbott stressed their joint responsibility to preserve “the safety and security of Texas.”

“The threat of the Chinese Communist Party to infiltrate the United States continues to grow,” Abbott wrote. “While the federal government holds the ultimate responsibility for foreign policy issues, the State also has the responsibility and opportunity to protect itself.”

The governor notes that there are 85 million TikTok users in the United States and that ByteDance employs members of the CCP.

“TikTok harvests vast amounts of data from its users’ devices—including when, where, and how they conduct internet activity—and offers this trove of potentially sensitive information to the Chinese government,” Abbott stated. “While TikTok has claimed that it stores U.S. data within the U.S., the company admitted in a letter to Congress that China-based employees can have access to U.S. data.”

Abbott has ordered all state agencies to immediately implement a ban on the app on all devices owned by the state. He also gave the Texas Department of Public Safety and the Texas Department of Information Resources until Jan. 15 to develop a plan that agencies can use that oversees TikTok usage on personal devices. All state agencies have until Feb. 15 to implement their own plans governing this issue.

“We must work together to stop the Chinese government’s efforts to collect, store, and distribute Texans’ data and personal information,” Abbott wrote to Patrick and Phelan.

One lawsuit contends TikTok misrepresents its appropriateness for children by claiming it contains only “infrequent/mild” sexual content, profanity, or drug references which allows it to be designated for ages 12+ on the Apple App Store. TikTok is also rated “T” for “teen” on the Google Play Store and the Microsoft Store, per WTHR.

The second lawsuit contends that the app collects “reams of highly sensitive data and personal information” about Indiana users and has deceived users as to the Chinese government and Communist Party’s access to that data.

“The TikTok app is a malicious and menacing threat unleashed on unsuspecting Indiana consumers by a Chinese company that knows full well the harms it inflicts on users,” Rokita said in a Dec. 7 statement. “With this pair of lawsuits, we hope to force TikTok to stop its false, deceptive and misleading practices, which violate Indiana law.” 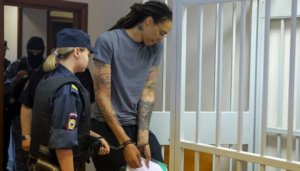