American basketball player Brittney Griner has been released following a prisoner exchange between the United States and Russia.

President Joe Biden announced just after 8 AM on Dec. 8 that he had spoken to Griner on the phone.

“She is safe,” Biden tweeted, sharing photos with Vice President Kamala Harris and Griner’s wife, Cherelle. “She is on a plane. She is on her way home.”

Moments ago I spoke to Brittney Griner.

In August, Griner was sentenced by a Moscow court to nine years in prison for bringing cannabis into Russia. While traveling through the Sheremetyevo Airport in February, Griner was detained by police who said they found vape canisters containing cannabis oil in her luggage. The Pheonix Mercury player was arrested in February and pled guilty on July 7, although she testified that she had mistakenly put the CBD oil canisters in her luggage while hastily packing. Judge Anna Sotnikova also fined the professional athlete 1 million rubles – about $16,700.

Biden said the 31-year-old had been wrongfully detained and advocated for her release.

“Today, American citizen Brittney Griner received a prison sentence that is one more reminder of what the world already knew: Russia is wrongfully detaining Brittney,” Biden said in a statement, per ESPN. “It’s unacceptable, and I call on Russia to release her immediately so she can be with her wife, loved ones, friends, and teammates.”

According to the BBC, the Biden administration had suggested a prisoner swap to Russia last July. The details of the proposal were never publicly confirmed by the White House.

In exchange for Griner’s release, the US government agreed to release Viktor Bout, a Russian arms dealer who has been in American custody for 12 years while serving a 25-year sentence. Bout was convicted on arms charges and for conspiring to kill Americans.

According to CBS News:

Prior to his arrest, Bout was accused by the U.N. of arming Liberian President Charles Taylor during the brutal civil war in Sierra Leone. He served as the inspiration for Nicholas Cage’s character in the movie “Lord of War.” Bout’s release is sure to spark criticism from some of the DEA agents who tracked and arrested him.

Before Biden commuted his sentence, he was scheduled for release in August of 2029.

Known as the “Merchant of Death,” Bout was a Soviet Army lieutenant colonel. He was arrested in Thailand in 2008 during a sting operation carried about by the Drug Enforcement Agency.

This morning, Biden also mentioned Paul Whelan, a former US Marine who has been in Russian custody for nearly four years.

“This wasn’t a choice of which American bring home,” the President said. “Sadly, for totally illegitimate reasons, Russia is treating Paul’s case differently than Brittney’s. While we have not succeeded in securing Paul’s release, we are not giving up.”

Although Whelan was accused of spying on the Russian government, the US government has called the charges against him false.

Whelan’s family said in early December that he had been out of contact for a week and then informed them he had been in a prison hospital. He has now returned to his penal colony. 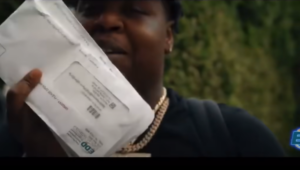