The outgoing governor of Maryland has banned TikTok from state-owned devices citing potential threats to cybersecurity.

Larry Hogan is the third governor in the last week to take action to prevent potential data breaches on government-owned devices. Hogan’s directive also bans the use of Chinese- or Russian-influenced products or platforms on the devices.

“We are taking this action to protect state systems from foreign actors and organizations that may be involved in cyber espionage,” Hogan said on Twitter.

The governor said TikTok or other platforms controlled by foreign entities “present an unacceptable level of cybersecurity risk to the state” and could be used for “cyber-espionage, surveillance of government entities,” or “inappropriate collection of sensitive personal information.”

“There may be no greater threat to our personal safety and our national security than the cyber vulnerabilities that support our daily lives,” said Hogan in a statement issued through his office. “As the cyber capital of America, Maryland has taken bold and decisive actions to prepare for and address cybersecurity threats. To further protect our systems, we are issuing this emergency directive against foreign actors and organizations that seek to weaken and divide us.”

The directive mandates state agencies remove not just TikTok but also products from Huawei Technologies, ZTE Corp, and Tencent Holdings – such as Tencent QQ, QQ Wallet, and WeChat – as well as products from Alibaba like Alipay and Kaspersky from devices in the state’s network. Agencies must also set up network-based restrictions that block access to and use of the services. The agencies have two weeks to comply with Hogan’s directive.

South Dakota governor Kristi Noem took similar action on Nov. 30. Citing her duty to protect the private data of the people of her state, Noem banned TikTok on any state-owned device with internet connectivity capabilities.

“South Dakota will have no part in the intelligence gathering operations of nations who hate us,” Noem said in her announcement.

TikTok is owned by ByteDance, a Beijing-based company with ties to the Chinese government.

“Protecting our State’s critical cyber infrastructure from foreign and domestic threats is key to ensuring the health, safety, and well-being of our citizens and businesses,” McMaster wrote in the letter to his state’s Department of Administration. “Federal law enforcement and national security officials have warned that TikTok poses a clear and present danger to its users, and a growing bi-partisan coalition in Congress is pushing to ban access to TikTok in the United States.”

Commissioner Brendan Carr of the Federal Communications Commission urged the Biden administration to ban TikTok, which he says “poses an unacceptable national security risk due to its extensive data harvesting.”

Federal Bureau of Investigations Director Chris Wray said at an event at the University of Michigan on Dec. 2 that TikTok poses a threat to national security and that the app can “manipulate content” and “doesn’t share out values.”

“All of these things are in the hands of a government that doesn’t share our values and that has a mission that’s very much at odds with what’s in the best interests of the United States,” Wray said, per Time Magazine. “That should concern us… The Chinese government has shown a willingness to steal Americans’ data on a scale that dwarfs any other.”

TikTok had more than 1 billion active users around the world in 2021.

Hogan could not seek reelection this fall due to state term limits. His successor, Governor-elect Wes Moore, has not publicly commented on Hogan’s emergency directive. 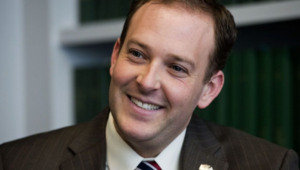