The commissioner of the Federal Communication Commission wants the Biden administration to ban TikTok.

Brendan Carr is one of the five commissioners at the FCC. He told Axios that it was imperative that the Council on Foreign Investment in the U.S. (CFIUS) intervene to address serious national security concerns.

“I don’t believe there is a path forward for anything other than a ban,” Carr said.

Carr added that there is not “a world in which you could come up with sufficient protection on the data that you could have sufficient confidence that it’s not finding its way back into the hands of the [Chinese Communist Party].”

“TikTok is currently in negotiations with CFIUS … to determine whether it can be divested by Chinese parent company ByteDance to an American company and remain operational in the United States,” noted Axios.

Carr wrote a letter to the CEOs of Apple and Google in June urging them to ban TikTok from their app stores because the platform “harvests swaths of sensitive data that new reports show are being accessed in Beijing.”

“It is clear that TikTok poses an unacceptable national security risk due to its extensive data harvesting being combined with Beijing’s apparent unchecked access to that sensitive data,” Carr wrote. “It is also clear that TikTok’s pattern of conduct and misrepresentations regarding the unfettered access that persons in Beijing have to sensitive US user data … puts it out of compliance with the policies that both your companies require every app to adhere to as a condition of remaining available on your app stores.”

A spokeswoman for TikTok dismissed Carr’s recent statements and argued he is not involved in the ongoing negotiations.

“Commissioner Carr has no role in the confidential discussions with the U.S. government related to TikTok and appears to be expressing views independent of his role as an FCC commissioner,” said Brooke Oberwetter on behalf of the platform, per ABC News. “We are confident that we are on a path to reaching an agreement with the U.S. Government that will satisfy all reasonable national security concerns.”

According to an October 2019 statement from TikTok, American user data is stored in Singapore and is not subject to Chinese law. The platform added that it “does not remove content based on sensitivities related to China.”

More than 200 million people in the U.S. have downloaded TikTok.

The day before Carr’s endorsement of a TikTok ban was published, tech billionaire Elon Musk asked his followers in a tweet if he should bring back Vine, a popular video-based social media platform that was closed in 2019.

“If you did that and actually competed with tik tok that’d be hilarious,” replied popular YouTube content creator Jimmy Donaldson, known as Mr.Beast. 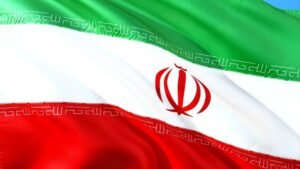