National Security Council Says If Iran Attacks, the U.S. Is Prepared to Respond

Iran is preparing to carry out attacks on targets in Saudi Arabia and Iraq as a distraction from unrelenting protests that have swept through the nation over the past month and a half.

Saudi officials shared intelligence with the U.S. and several other nations, which are now on a heightened security posture for their military forces, according to the Wall Street Journal (WSJ).

Saudi Arabia confirmed the impending attacks would be “in an effort to distract attention from domestic protests that have roiled the country since September,” WSJ reports.

“I’m not gonna talk about specific force protection levels, [but] I can say that we do remain concerned about the threat situation in the region, whether in Iraq or elsewhere,” Pentagon spokesman Air Force Brig Gen. Patrick Ryder told reporters during a briefing. “We’re in regular contact with our Saudi partners in terms of what information they may have to provide on that front.”

The White House National Security Council expressed concern over the warning, but says that the U.S. is prepared to act swiftly in the event of an attack, according to WSJ.

“We are concerned about the threat picture, and we remain in constant contact through military and intelligence channels with the Saudis,” said a National Security Council spokesperson. “We will not hesitate to act in the defense of our interests and partners in the region.”

Iran warned Saudi Arabia last month about its coverage of Iran’s nationwide protests, stating that the Saudis needed to gain better control of their media.

“I have a recommendation to Saudi Arabia, which is trying to trick our youth with the support of some media outlets. I am warning the Saudi regime: Be careful of your behaviour and control these outlets or the smoke will blow in your face,” Islamic Revolutionary Guard Corps (IRGC) commander Hossein Salami said. “We give you the final word because you are interfering in our internal affairs with these media. We told you, be careful.”

Iranian officials have been seeking to obtain British passports to flee the country as tensions have escalated and multiple government buildings have reportedly been burned by protestors.

The protests were sparked by the death of an Iranian woman who was killed by Iran’s security forces after she allegedly wore her headscarf improperly. 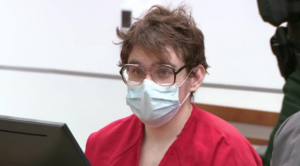