Top government officials in Iran are trying to obtain British passports for their families to flee the country as violent protests over an Iranian woman killed in police custody escalate.

Widespread unrest swept through the country after 22-year-old Mahsa Amini, an Iranian-Kurd, died in September after allegedly being brutally beaten by Iran’s security forces for wearing her headscarf incorrectly.

The Iranian regime has taken over sections of the country’s main airport as officials charter five flights per day to fast-track their exit from the country, according to a report from Express.co.uk.

“It started around two weeks ago. The regime changed all security detail at the airport,” an Iranian source who could not be named for security reasons told Express. “They were moving civilians (friends and family) from the back entrance of the airport directly to the aeroplanes for international flights, at least five flights a day.”

“They would move the regular staff away whenever this was happening and also confiscate their phones. They also replaced the regular staff who are handling the commercially important people (VIP) section of the airport with their own staff,” the source added. “It is hard to verify because they are taking away people’s phones, but based on what I have seen before it wouldn’t be completely crazy if the regime was doing this.”

A typical mourning period in Persian culture is 40 days, and thousands of people took to the streets in protest and marched to Amini’s grave to mark the 40th day of her death.

Mourners are walking to the cemetery to mark the 40th day of her death.

Iranian security forces responded to the protests by opening fire on protestors, shooting live rounds at Iranian citizens. Some reports indicate that protestors killed a member of Iran’s paramilitary militia Basij. Footage posted to Twitter purportedly shows locals in Baneh, a western Iranian city, setting up roadblocks. Other footage claims to show the office of an Iranian governor set on fire by protestors.

Regime forces' heavy gunfire at people in Baneh, as the uprisings continue.

Iran has a well-documented history of State repression and use of lethal force against protestors dating from this fall back to the 1979 Iranian Revolution, when the Shah used tanks and helicopter gun ships against dissenters, killing as many as 300 people.

Today, the U.K. says it is investigating claims that Iranian officials are fleeing to Britain, as some British officials voice strong reservations about allowing members of the Iran regime to flee to the U.K.

Bob Stewart, Conservative MP in the British House of Commons decried news of Iranian officials fleeing to Britain, stating that the U.K. should not be a safe haven for them in this conflict.

“Could I ask the minister to assure the House that London doesn’t become a place of safe refuge for the Iranian regime proponents?” Stewart told the Commons.

“Can she assure me for instance that money from Iran funding platforms which are pro-Iranian in this country are closely looked at?” Stewart asked. “And in particular can she assure me that there is quite a substantial rumour that families of the leaders in Iran are getting British passports, which to me is iniquitous.”

Gillian Keegan, U.K. Foreign Office Minister, said she was unaware of Iranian officials being given refuge in Britain, but pledged to look into it and get back to Stewart, according to Express.

Iran Human Rights, a non-profit, apolitical human rights organization says that at least 234 people, including 29 children, have been killed in the ongoing nationwide protests. 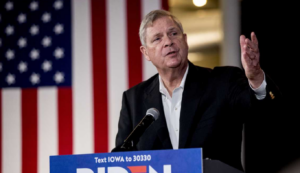