'No Matter What, I Am Committed To Doing Absolutely Everything In My Power To Help Save Our Country'

Supporters of Zeldin have suggested the representative seek leadership within the RNC following his November loss to incumbent New York Governor Kathy Hochul.

Zeldin revealed he was “seriously considering” a run for RNC chair on Sunday, but said he would delay his decision until after the Tuesday Georgia Senate runoff.

“I won’t be running for RNC chair at this time with McDaniel’s reelection pre-baked by design, but that doesn’t mean she should even be running again,” Zeldin wrote early Wednesday. “Change is desperately needed, and there are many leaders, myself included, ready and willing to step up to ensure our party retools and transforms as critical elections fast approach, namely toe 2024 Presidential and Congressional races. However, the issue is Chairwoman McDaniel’s reelection appears to already be pre-baked, as if the disappointing results of every election during her tenure, including yesterday in Georgia, do not and should not matter.”

“No matter what, I am committed to doing absolutely everything in my power to help save our country with every ounce of my energy,” Zeldin continued. “It’s time the GOP elects new leadership! It’s time for fresh blood!”

Zeldin detailed his strategy for the Republican Party by calling for new leadership along with better fundraising and spending, a focus on ballot collection and election integrity efforts, and smarter messaging in Democratic strongholds.

He added: “The RNC must collaborate more with state and local organizations, take more risks in changing for the better, and allow fresh blood and new leadership to rise through its ranks. The Republican Party must more heavily lean into candidate recruitment, campaign management, volunteer engagement, and voter registration.”

We must do a far better job communicating not just what we are against related of the terrible policies of Joe Biden and the Democratic Party, but specifically what we are for as Republicans. The way to earn votes from Democrat and Independent voters is not by acting like Democrats but by being proud Republicans articulating why we stand for the positions we are most passionate about. … It is the Republican Party that has the many ideas our nation needs right now to deliver safer streets, upward economic mobility, better schools, the preservation of freedom and liberty, and so much more.

The New York representative revealed he was in talks with current RNC members in order to gauge their desire to change and improve the organization.

“It is time for our party to retool, transform, and win back the Presidency in 2024, expand our number of Republican held seats in Congress, and win the maximum number of down ballot races across the country,” said Zeldin. “However, by design, there are massive barriers to avoid a change in leadership.”

“The better path forward would be for Chairwoman McDaniel to listen to and respect the wishes of the actual grassroots voters of our party, and allow the RNC to forge ahead with new leadership,” Zeldin concluded. “Her Greatest service to the Republican Party at this time would be to make room for a new Chair.” 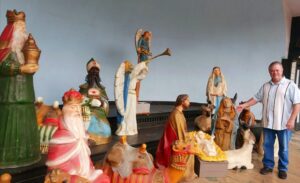