An Arkansas town has vowed to keep up its traditional nativity scene, despite lawsuit threats.

The nativity scene had been put up annually for over 70 years in the city of Eureka Springs, until 2019, when the city was threatened with a lawsuit.

The person making the threat claimed that the city was “trying to establish a religion” by placing the scene in a public park. It is unclear who made the threat.

Once the owner of the nativity scene, the Great Passion Play, heard about the lawsuit threat, they began to make noise about it on social media.

“Eureka Springs Mayor and City Attorney are demanding that we (The Great Passion Play) REMOVE the Nativity Scene from the city’s Basin Park. We are refusing to do so. We ask for your prayers as we take a stand. Christmas is the National Holiday in recognition of the birth of Jesus Christ,” Randall Christy, the executive director of Great Passion Play, posted on Facebook over the weekend. “The Nativity Scene has been erected since 1950 – 72 years at Christmas time. The Passion Play puts it up for Beta Sigma Phi as a public service to the community… as a regular part of our Christmas decorations.”

Christy added, “as Executive Director of The Great Passion Play, America’s #1 attended outdoor drama… I REFUSE TO TAKE THIS DOWN !!”

The Great Passion Play is a reenactment of the last week of the life of Jesus Christ held in a 4,000-seat outdoor amphitheater in the city.

The city is also home to Christ of the Ozarks, the Holy Land Tour, Moses Tabernacle in the Wilderness, a section of the Berlin Wall, the Church in the Grove, the Bible Museum, the Sacred Arts Museum, God with Us Movie, and Noah’s Ark Park Petting Zoo, according to the Great Passion Play’s website.

On Monday morning, Mayor Butch Berry called Christy and told him that the nativity scene could stay up.

“I want to sincerely, personally thank Eureka Springs Mayor, Butch Berry who just notified me in writing that he has changed his mind and WILL NOT require us to remove our Nativity Scene out of the city’s Basin Park,” Christy wrote on Facebook. “He and I will STAND TOGETHER to fight this potential lawsuit. We stand together to keep Christ and the Nativity in Christmas in Eureka Springs!!! I’m proud of Mayor Berry for making the right decision.”

“People have just been pouring out — posting pictures, saying, ‘don’t take it down, don’t take it down,’ and the mayor has heard the cry of the people,” said Christy, according to a report from local station KNWA.

“It’s a great part of the decor and tradition in Eureka Springs, Arkansas, and no one is asking anyone to worship anything,” said Christy. 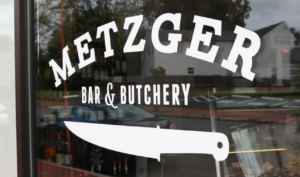