Critics of the bill claim parents are often wrong

Wisconsin lawmakers are considering legislation that would require schools to give parents advanced notice before teaching lessons on sexual orientation and gender identity.

Parents would have the option to pull their students from those lessons or school programs without penalty.

The bill includes exceptions including responding to a question from a student or referring to a person’s sexual orientation, gender, gender identity or gender expression when it is part of a lesson’s necessary context.

Representative Bob Whitke (R-Racine) said parents should have a say in who talks to their children about those topics.

“This is merely just a way to give parents a choice,” he said. “Because there are a lot of concepts now that are coming out in school. … it’s being done in a way that parents don’t understand, and parents aren’t notified.”

The Post Cresent reports that “opponents of the legislation said Thursday if enacted, children who are gay or transgender could experience long-lasting trauma if their parents prevent them from participating in gender and sexual orientation discussions as they navigate adolescence.”

Melissa Mael, the co-executive director of the Middleton Wisconsin Rape Crisis Center, argues that parents are wrong: “Parents don’t always know what is best for their kids,” she said told Whitke and other lawmakers during the hearing. “And I’d like to believe that I do.”

“This education is just needed. It just is. If you knew what was happening in our schools — if you understood what our students are going through. If anything there should be a bill saying we should be educating students about gender and sexuality,” she said.

In a statement, State Superintendent Jill Underly accused the lawmakers behind the bill of “using our children as pawns in a culture war.”

Rep. Donna Rozar (R-Marshfield) co-authored the bill. She said the bill’s intention is not to “erase” or “alienate” students but rather to prevent students from having to attend lessons that conflict with their families’ beliefs.

“I believe that there are very subtle things that occur in public and charter schools that tend to normalize behaviors that are in conflict with some students’ families’ belief systems,” Rozar said.

“Students are exposed to things maybe at a very young age in an attempt to undermine a family value belief system that is detrimental to what parents and guardians are trying to teach their children. It’s those subtleties that need to be more transparent,” she continued.

“Several Democrats on the committee questioned Rozar as to whether the bill would hamper discussions of, or visits from, LGBTQ elected officials such as U.S. Sen. Tammy Baldwin or U.S. Rep. Mark Pocan,” per APG Wisconsin.

The bill comes after an increasingly tense debate over what information schools have the right to introduce to students and to keep from parents. In August, a Colorado school district told teachers not to tell parents if a student showed signs of “gender confusion.” A Rhode Island mom who asked her daughter’s school district if they would teach Critical Race Theory found herself in a  legal battle with lawsuits and Freedom Of Information Act requests.

The bill was introduced during a public hearing held by the Assembly Education Committee. A spokesperson for Governor Tony Evers said he will not sign the bill. 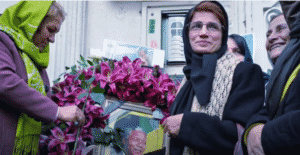