Rhode Island chapters of the National Education Association sued a mom who inquired about Critical Race Theory’s role in her daughter’s curriculum.

A principal at Wakefield Elementary School told Nicole Solas that teachers no longer refer to students as boys and girls, opting to use inclusive gender pronouns instead. When Solas asked for more information on how race and gender are discussed in the classroom, the school district administrators refused to answer questions about the subject.

This prompted Solas to act, filing more than 200 public records requests with the districts.

At first, she only asked for a copy of the curriculum. Eventually, she also asked for “emails involving the then-school superintendent, teachers and union officials” as well as a request that “included a question of ‘what qualifications’ a music teacher had ‘to talk about race and equality with choir students,’” per The New York Post.

On August 4, she posted on Twitter that the National Education Association Rhode Island (NEARI) and NEA South Kingstown (NEASK) filed an initial complaint Monday against her. NEA filed a Temporary Restraining Order and Preliminary Injunction against Solas the next day.

I just got served with a lawsuit from the teacher union NEARI. Throwing down the gauntlet, are we? Game on. pic.twitter.com/9WSpEO14Zy

Local school officials, as well as a defendant identified only as John Doe Hartman, were also named in the lawsuits.

NEARI Deputy Executive Director Jennifer Azevedo said in a statement, “We are asking the Court to conduct a balancing test to determine whether our members’ privacy rights outweigh the public interest …We believe they do, and those records should either not be disclosed or should be redacted accordingly.”

In the lawsuit, which was filed in Bristol County Superior Court, the organization asked for the judge block the release of what it defines as “non-public records.”

“You cannot be employed by the state and also demand immunity from public scrutiny. That’s not how open government works in America. Academic transparency is not a collective bargaining negotiation. It’s a parental right,” Solas told Fox News.

In July, the NEA “pledged to support and push CRT in schools and to reject any laws that prohibit biological males from competing in women’s sports.” The adopted measure, The Washington Examiner noted, was later removed from the union’s website.

A passage read: “Provide an already-created, in-depth study that critiques empire, white supremacy, anti-Blackness, anti-Indigeneity, racism, patriarchy, cis-heteropatriarchy, capitalism, ableism, anthropocentrism, and other forms of power and oppression at the intersections of our society, and that we oppose attempts to ban critical race theory and/or The 1619 Project.”

The NEA is the largest teachers union in the country with 2.3 million members. First lady Jill Biden is one of its members. 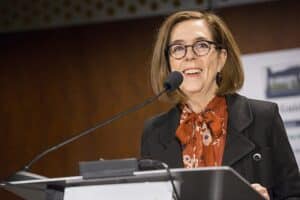