The proposal aims to restrict amount of investment China can make in key U.S. infrastructure

Former U.S. President Donald Trump has released a video outlining key tenets of his new administration’s official China policy, should he win re-election in 2024 and re-take control of the White House.

Highlighting concerns raised by policymakers, as well as individuals within the nation’s national security divisions, he focused his attention on areas in which the Chinese Communist Party (CCP) is expanding influence in its bid to displace the U.S. as the world’s dominant superpower.

“China is buying up our country,” the 45th President said in an official video. “While corrupt Democrats and RINO (Republican In Name Only) type politicians in Washington have been spending trillions of dollars on the Green New Deal nonsense, foolish foreign wars, and providing lavish benefits to illegal aliens from all over the planet, China has been spending trillions of dollars to take over the crown jewels of the United States economy, and they are doing that.”

Trump also warned of China’s push to gain control over minerals and natural resources, as well as infrastructure — like ports and shipping terminals — that are critical to future growth and security, as the world pivots toward more eco-friendly technologies, like electric vehicles.

Currently, China controls about 90 percent of the global trade of rare earth minerals which are  necessary components in devices like wind turbines, hard drives, and cell phones. The U.S. imports roughly 80 percent of rare earth minerals from China. These elements are also critical for military applications, as they are used for laser guided munitions, tomahawk missiles, unmanned aircraft, rail gun technology, night vision, heads up displays in fighter jets, and nuclear threat detection.

Additionally, China holds nearly $1 trillion in U.S. treasuries, has purchased roughly $2 billion in U.S. farmland, has leveraged its influence to poach scientists from top secret U.S. government research labs providing military technology, and has been labeled a “persistent threat” by the U.S. Department of Defense.

“As I have long said, economic security is national security. China does not allow American companies to take over their critical infrastructure, and America should not allow China to take over our critical infrastructure,” Trump said. “I didn’t allow it when I was president, and I won’t allow it when we become president again. To protect our country, we need to enact aggressive new restrictions on Chinese ownership of any vital infrastructure in the United States, including energy, technology, telecommunications, farmland, natural resources, medical supplies, and other strategic national assets.” 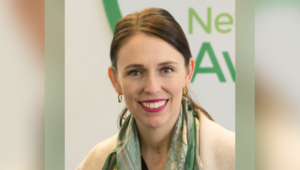