Prime Minister Ardern said that in addition to not seeking reelection, she would step down officially no later than Feb. 7.

“This has been the most fulfilling five and a half years of my life,” she added, referencing the time she spent running the government. Ardern, now 42, became the youngest female head of state after taking over as PM in 2017.

“This summer, I had hoped to find a way to prepare for not just another year, but another term — because that is what this year requires. I have not been able to do that,” she said.

“I know there will be much discussion in the aftermath of this decision as to what the so-called ‘real’ reason was. The only interesting angle you will find is that after going on six years of some big challenges, that I am human,” she continued. “Politicians are human. We give all that we can for as long as we can, and then it’s time. And for me, it’s time.”

After she resigns, Chris Hipkins is seen as a possible contender to replace Ardern, becoming leader of both party and country. Hipkins’ hypothetical role would be temporary, filling the remainder of a term held by the ruling Labour Party after which members will again face their fates in the general election in mid-October. He’s also one of the most controversial possibilities, having stewarded New Zealand’s COVID-19 policies — and Hipkins admitted those policies were sometimes far too strict.

Kiri Allan, the Kiwi’s Minister of Justice, is seen as another possibility. If selected, she would become the first head of state of Maori descent since its colonization.

The opposition center-right National Party currently has an edge in the polls and New Zealand commentators are currently debating whether Labour will benefit from closing out the term with a refreshing face, or if Ardern’s early departure will be a sign of weakness. 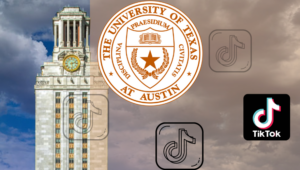