The University of Texas has become the latest in a series of universities and governments to prohibit its faculty, staff, and students from accessing the social media network while connected to the institution’s wifi.

UT joins a number of other universities that previously enacted similar prohibitions on campus, including Auburn University in Alabama, the University System of Georgia, and the University of Oklahoma.

The university made the decision following Governor Greg Abbott’s directive that required all state agencies to remove the application from their devices.

“As outlined in the governor’s directive, TikTok harvests vast amounts of data from its users’ devices — including when, where and how they conduct internet activity — and offers this trove of potentially sensitive information to the Chinese government,” Neyland added.

That Dec. 7 directive noted that TikTok, in a letter dispatched to Congress, admitted that Chinese employees have access to the data collected by the service and that it had been reported that its parent company, ByteDance, had been hoping to use data from the service to surveil the Amerian people and mandated all government agencies delete the application from their devices.

It remains to be seen how effective such bans will be, as cybersecurity and VPN companies have quickly pointed out that their services would successfully mask campus wifi providers from campus IT personnel.

Two other public universities, the University of Houston and Texas Tech, are waiting for government guidance before implementing similar restrictions on their campuses. 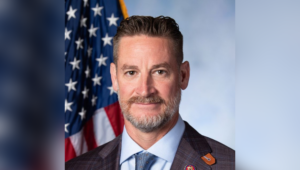