Strider Intel Chief: 'China is playing a game that we are not prepared for, and we need to really begin to mobilize'

At least 162 scientists who worked at the U.S. government’s top secret Los Alamos National Laboratory (LANL) later went to China to aid in their development of military weapons, according to a new report.

Strider Technologies, who produced the report, details a program that Chinese officials had in place to poach U.S. scientists working on sensitive programs.

The decades-long recruitment effort “shows how China’s rapid advances in certain key military technologies are being aided by individuals who participated in sensitive U.S. government–funded research,” the report states.

Scientists who’ve worked in sensitive research facilities returning to the PRC to develop military technology for the Chinese government pose “a direct threat to U.S. national security,” Greg Levesque, co-founder of Strider and the lead author of the report, told NBC News.

“China is playing a game that we are not prepared for, and we need to really begin to mobilize,” he added.

In the past, the FBI has warned U.S. universities and laboratories to “understand the potential risks and illegal conduct incentivized by Chinese talent” recruitment programs.

The U.S. Senate issued a report highlighting the risk of China’s TTP, stating that research obtained through the program has contributed to China’s rise over the last two decades.

“This is not an example of rogue actors deciding to put stuff in their bags and go back to China,” Levesque said. “This is a concerted effort by a nation state to identify, target and recruit overseas scientists back to their country.”

Of the 162 scientists who has worked at LANL and returned to the PRC, 13 were recruited through talent programs, some had conducted sensitive research in the U.S., and at least one held a “Q Clearance,” which is a U.S. Department of Energy compartmentalized clearance that grants access to Restricted Data, nuclear weapons and related material.

“This is the first time we have a comprehensive, open source reporting that identifies the people, the places, the services and the organizations in China who are benefitting from that talent that once worked here at our national labs,” Bill Evanina, a former U.S counter-intelligence officer said.

The energy Department told NBC News that it “has taken significant steps in recent years, including the adoption of rigorous vetting, counterintelligence reviews, and restrictions on participation in foreign talent programs.” 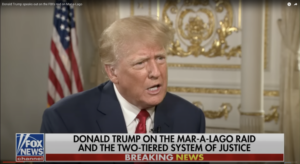