'To make any progress at our southern border, he must go,' said Texas Congressman Pat Fallon

House Republicans are moving forward with efforts to remove President Biden’s Secretary of the Department of Homeland Security.

“Article II of the Constitution tasks the Executive branch, which today includes the Secretary of Homeland Security, with ensuring the laws passed by Congress and signed into law by the President are faithfully executed,” wrote Fallon. “Specifically, the Secure the Fence Act of 2006 (Public Law 109–367) requires the Secretary of Homeland Security to ‘maintain operational control over the entire international land and maritime borders of the United States.’”

While Mayorkas has held his office, more than 5.5 million illegal immigrants have entered the United States. At least 98 people on the Terrorist Screening Database were apprehended at the US-Mexico order in 2022.

“There have now been 20 straight months with over 150,000 illegal border crossings. Secretary Mayorkas has presided over a 180-percent increase in encounters at the southern border compared to the previous administration,” Fallon summarized. “Under Secretary Mayorkas, more fentanyl has crossed the border in the last 2 months than in all of fiscal year 2019 under President Trump’s leadership.”

Illicit fentanyl is the leading cause of death among Americans ages 18 to 45, according to the organization Families Against Fentanyl.

“In the fiscal year 2022, over 14,000 pounds of poisonous fentanyl was seized at the southern border. Fentanyl overdoses are the number one cause of death for individuals ages 18 to 45 nationwide,” per the resolution.

Fallon also contends Mayoraks is in violation of the Immigration and Nationality Act (8 U.S.C. 1101 et seq.) for failing to detain inadmissible immigrants by implementing catch-and-release programs that led to the release of 100,000 illegal immigrants into the US.

Additionally, the Texas congressman said Mayorkas is guilty of perjury while testifying in April that his office had operational control of the border and of slandering Border Patrol agents when 15,000 Haitian migrants illegally enter the country through Mexico in September. Mayorkas denounced agents photographed on horseback while preventing the migrants from entering the US after the agents were accused of whipping the migrants. Even after he was informed that the photographer who took the photos publicly said he did not see anyone being whipped, Mayorkas continued to say the incident was a result of “systemic racism.”

“It is unfortunate that we have gotten to this point, but it is necessary. Secretary Mayorkas’s potential impeachment is not an accident,” Fallon told The Daily Caller. “He has willfully abdicated his duties as Secretary of Homeland Security and actively mislead [sic] Congress and the American people.”

“To make any progress at our southern border, he must go,” said the congressman.

The impeachment articles have subsequently been referred to the Judiciary Committee.

Mayorkas’s performance and the ongoing turmoil at the southern border have been a concern for Republican governors and federal lawmakers for months. Newly installed Speaker of the House Kevin McCarthy called on Mayorkas to resign in November.

“If Secretary Mayorkas does not resign, House Republicans will investigate every order, every action and every failure to determine whether we can begin impeachment inquiries,” McCarthy said while speaking to the press in El Paso, Texas. “His actions have produced the greatest wave of illegal immigration in recorded history.”

Both Governor Greg Abbott and Senator Ted Cruz of Texas wrote letters to Mayorkas, rebuking him for failing to enforce national immigration laws as required by the constitution.

Fallon’s resolution came just after Biden made his first trip to the southern border. He and Mayorkas then traveled to Mexico to meet with President Andrés Manuel López Obrador and other government officials. 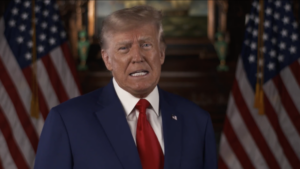