'The FBI Have Been Coordinating A Massive Censorship, Surveillance, And Propaganda Campaign Against The American People'

Trump‘s video is part of a series of campaign ads discussing policies for his 2024 re-election campaign.

“The now famous Twitter Files have proven beyond all doubt that the corrupt officals at the FBI have been coordinating a massive censorship, surveillance, and propaganda campaign against the American people,” the former President introduced the video.

“In the most recent and notorious example, the FBI worked to stop the truth from being told about the Biden family’s criminality,” he continued. “They worked so hard to stop it from coming out, and the corruption prior to the 2020 election.”

Trump said “the fix was in,” noting the FBI didn’t want compromising information of the Biden family released, further stating the election was “rigged.”

“The laptop from hell is only the beginning of the story about the weaponization of government against free speech,” the former President continued, reiterating the importance of free speech and press in America.

BREAKING: Trump releases new statement slamming the FBI and other agencies for colluding with big tech to censor Americans and violating our first amendment rights. pic.twitter.com/oHowsVo01Y

Trump referenced Twitter Files reporting that revealed former FBI agents and other government officials, who were employed by Twitter in executive positions, assisted in the platform’s censorship policies. The former President further claimed the practice may exist in other companies, referring to it as a “censorship regime.”

“This anti-American effort … has been working to silence dissenting opinions on COVID, crucial issues on public health, on the election, and on elections in the future,” Trump said. “They suppressed doctors and health experts who dared to question approved public health narratives.”

“They censored voices who criticized school closures, lockdowns, and mandates,” he continued. “And they even banned people simply for stating proven scientific facts.”

The former President noted censorship tactics prevented information critical of China and the “Biden crime family” was prevented from being shareable, though information unfavorable to Trump was heavily pushed.

“We can’t let that continue,” the former President said. “The Twitter Files prove that we urgedly need my plan to dismantle the illegal censorship regime. … To prosecute the perpetrators for their crimes, and to restore free speech for all Americans.”

Trump reiterated the importance and necessity of a free press, free speech, fair elections and borders. He urged the new Republican-led congress to conduct hearings and investigate the FBI and other agencies’ involvement in censorship of free speech.

“Congressional leaders should promptly issue subpoenas in furtherance of this goal,” Trump concluded. “The revelations also highlight why my proposal to end the revolving door between the deep state … and the tech-tyrants is so important.”

Trump proposed a seven-year “cooling off” period before former government agents are allowed to seek employment at “major platform,” a policy the former President previously mentioned in a prior policy campaign ad. 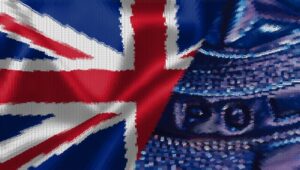