Police Federation of England and Wales (PFEW), a group representing more than 130,000 officers, published its findings in its annual audit of yearly pay and morale.

Officers responding to the survey cited “low morale and dissatisfaction over pay” as the primary reasons that almost one in five wanted to quit within the next two years.

Eighteen percent of respondents to the poll said they planned to resign as quickly as life permitted. Similarly, the study found that nearly one out of five of the officers polled struggled to pay for essentials.

Police officers are reaching breaking point and are leaving the service in their droves as every element of their pay and conditions has been gradually eroded in the space of a decade. Record numbers are resigning over inadequate pay and conditions. We are losing some exceptional officers simply because they cannot afford to stay in the service, with an alarming number unable to afford monthly essentials. The latest figures indicate 8,117 police officers left the service in England and Wales in the year ending March 2022 – the highest number of leavers since comparable records began, and at least 1,800 of those officers who joined under the Government’s Uplift Programme have already voluntarily resigned.

Recent strikes in the United Kingdom have left departments stretched thin, and officers are increasingly expected to answer calls otherwise handled by a different emergency service. While certain civil service professions are able to strike, the police are prohibited from doing so.

“Many have stopped expecting any recognition from the Government for their unique responsibilities and the restrictions imposed on their industrial rights which is, quite frankly, dangerous,” Hartshorn said.

According to the chairman, after factoring in inflation, many officers saw more than a 20% drop in income since 2010. For those among the lowest ranks, that figure rises to 30%.

The study found that nearly 1 out of 5 officers polled struggled to pay for essentials.

130,000 officers are represented by the organization and 36,669 officers responded to the poll which covered England and Wales. 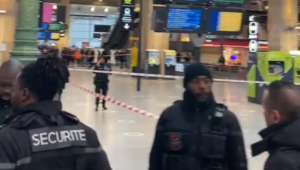