Mohamed Amine M., a 31-year-old Algerian national, is suspected of having perpetrated the attack at Gare du Nord station 6:45 a.m., according to local French media.

Foreign sources are also reporting that six people have been stabbed at the Paris train station.

According to the French interior minister Gerald Darmanin, police “rapidly neutralized” the attacker and later confirmed that they fired on and hit the subject several times. It’s unclear if the attacker was armed with more than a knife and few other details were available in the immediate aftermath of the attack.

“An individual injured several people this morning at the Gare du Nord,” Darmanin tweeted. “He was quickly neutralized. Thank you to the police for their effective and courageous response.”

According to rumors from local outlets citing unnamed sources, the officer who shot the subject was off-duty at the time of the incident.

According to William Molinie, a French journalist who shared details in the aftermath of the incident, one of the injured victims was an officer:

Around 6:45 a.m., an individual attacked several people in the station with a pointed object. Several were injured, including a PAF policeman. A BRF-night police officer opened fire. The suspect was shot in the arm, chest and was arrested… The police officer who opened fire was off duty, in civilian clothes, and was returning home. The attacker, on whom no identity papers were found, declared his name to be Mohamed Amine M., of Algerian nationality. He says he is 31 years old. The investigators of the criminal brigade, to whom the investigation was entrusted, are trying to cross-check his statements. Two police officers, including one off duty, opened fire. Three casings were found.

The station quickly returned to order following this morning’s incident:

In December, a gunman killed three people at a Kurdish cultural center and a nearby Kurdish cafe in Paris. 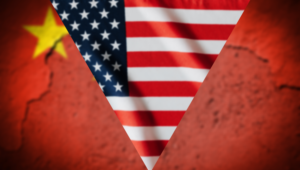 Study: Chinese Foreigners More Productive Upon Returning Home When Compared With Expats Who Do Not Return