Study: Chinese Foreigners More Productive Upon Returning Home When Compared With Expats Who Do Not Return

The analysis, published in the peer-reviewed journal Science, studied 339 Chinese expatriates who accepted offers to return to China and 73 who rejected offers.

The Chinese scientists who accepted offers to return were enticed through a government talent program that provides prospective candidates with grants in exchange. Those who return are consistently more productive as a measure of how many publications they have accepted in scientific journals when compared to their counterparts who remain, the study says:

The paper finds that YTT recruits were associated with a high increase in post-return productivity in comparison to their overseas peers, i.e. individuals who went to the same PhD institution, in the same field, graduated during the same period, had very similar early-career track records in publications and citations. The knowledge productivity gain was particularly large in the last-authored publications and can be mainly explained by the YTT scientists’ access to greater funding and larger research teams in China (in comparison to those staying overseas), especially in the fields such as biology and chemistry which require large physical assets, financial capital, and human power.

The returnees are in the top 15% of all scientists educated in the U.S., and those who accepted the offers are well educated, with more than half with degrees from the top STEM programs. As such, the findings throw a wrench in plans to attract top talent from the foreign pool of students to fuel innovation.

“If we perceive the 20th century as a century of international trade and manufacturing, the 21st century is more about a knowledge-based economy and brain power truly matters a lot,” said Yanbo Wang, who co-authored the study.

Wang studies innovation policy at the University of Hong Kong and believes that Western nations must provide more incentives to Chinese students that will encourage them to remain.

Those incentives might not come in the form of personal perks, either. Wang suggests more significant funding for extensive research teams, for example, which he thinks contributed to the productivity of scientists who returned back to their homeland.

The funding, in this instance, comes from China’s Young Thousand Talents program, which, between 2011 and 2017, provided more than 3,500 researchers with funding to relocate to China.

The Young Thousand Talents program is itself a product of China’s Thousand Talent Plan, which is a set of semi-autonomous programs launched in 2008. Under the programs, American academics are eligible for grants, but the grants are primarily distributed to, and intended for, Chinese expats.

Trump’s China Initiative to combat possible Chinese espionage in the U.S. was shuttered after facing allegations of racial profiling of scientists in similar programs. 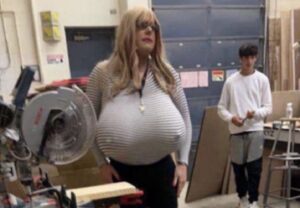