An Ontario school board has ordered a dress code for staff be created after a shop teacher sparked outrage by wearing massive prosthetic breasts to school.

The new “professionalism policy,” which includes a dress code, must be made and implemented by March.

The images and videos of the teacher went so viral that it was covered by news outlets worldwide.

The dress code for students prohibits clothing that exposes or makes visible genitals and nipples, but it did not apply to staff at the school.

According to a report from The Star, the controversy sparked “protests outside of the school and even bomb threats after photos appeared online in September, showing the trans teacher in class.”

“Regardless of what you think about gender expression, there have to be standards of professionalism,” Al Saplys, the parent of a teenager at the school told the paper. “I hope they (the board) can follow through. I hope this doesn’t get stalled or blocked.”

During a Halton District School Board meeting on January 5, a motion passed demanding “appropriate and professional standards of dress and decorum in the classroom.”

The board previously refused to implement a dress code out of concern that it would open the district to “considerable liability” and violate the human rights code. They also defended Lemiuex’s “right” to “equitable treatment without discrimination based upon gender identity and gender expression.”

“Gender identity and gender expression are protected grounds under the Ontario Human Rights Code,” a representative for the school board said in a statement at the time. “As this is a personnel matter, we cannot provide further information.”

The Ontario College of Teachers disagreed and said that the board already had tools available to them to stop the vulgar display. They said the board “has an obligation to ensure that these classrooms are safe and respectful places to learn … I do not believe the board administration has done so to date.”

According to the Star’s report, the college added that “the board has the necessary authorities to enforce those standards, so I expect them to do so.” 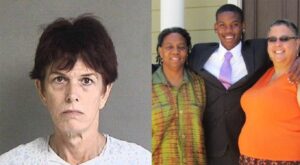