'His actions have produced the great wave of illegal immigration in recorded history,' McCarthy said at the southern border

House Minority Leader Kevin McCarthy called for the Secretary of the Department of Homeland Security to resign during an event at the US-Mexico border.

“If Secretary Mayorkas does not resign, House Republicans will investigate every order, every action and every failure to determine whether we can begin impeachment inquiries,” McCarthy said in El Paso, Texas. “His actions have produced the great wave of illegal immigration in recorded history.”

McCarthy called the crisis at the southern border and the impact of illegal immigration on Americans a “disaster” and stressed he is determined to hold “those responsible” accountable.

McCarthy is currently campaigning to become the Speaker of the House when the 118th Congress begins in January.

Mayorkas’s handling of the nation’s border crisis has been repeatedly criticized by other federal and state officials.

Texas Senator Ted Cruz authored a letter to Mayorkas on Oct. 5 warning that his “failure to faithfully enforce this nation’s immigration laws and willful blindness to the very real humanitarian crisis at our southern border amounts to a gross dereliction of duty” and could be ground for impeachment.

“Despite the heroic efforts by the men and women of Border Patrol, who operate with very little support from Washington, D.C., you have failed to achieve any semblance of operational control of the southern border,” stated the letter which was co-signed by Senator Lindsey Graham of South Carolina. “We have grave concerns about what this failure means for both national security and the health and safety of American citizens. These failures cannot go unaddressed, and your actions cannot be unaccounted for.”

“Under your watch, America is suffering the highest volume of illegal immigration in the history of our country,” Abbott wrote. “Texans are paying the price for your failure… All of this can be avoided, of course, if you will simply enforce the laws that are already on the books. Your Administration must end its catch-and-release policies, repel this unprecedented mass migration, and satisfy its constitutional obligation through faithful execution of the immigration laws enacted by Congress.”

On Nov. 15, Mayorkas told the House Committee on Homeland Security that the nation’s southern border was secure. Two days later, the secretary told the same committee that “the entire hemisphere is suffering a migration crisis.”

“We are seeing an unprecedented movement of people from country to country,” Mayorkas testified on Nov. 17. “It is not restricted to the southern border.” 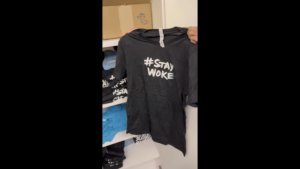