In a video posted to Twitter late Tuesday, Elon Musk showed a closet full of Twitter-themed shirts, one of which reads “#StayWoke,” a term popularized by Black Lives Matter (BLM)

“Here we are at the merch thing,” Musk says in the video, showing three shelves with black, blue, and gray shirts. “And there’s an entire closet full of—” Musk continued before another person interjected “secret closet” — “of hashtag woke.”

“Found in closet at Twitter HQ fr,” he tweeted.

While “stay woke” had been used as early as the 1930s, the term was re-popularized and appropriated by BLM activists following the 2014 officer-involved shooting of Michael Brown. The term, originally used to suggest awareness of racially motivated threats in a 1938 Lead Belly song, has been broadened to encompass other alleged social disparities including sexism and other social justice ideas.

“‘Hands up, don’t shoot’ is one of the biggest hoaxes to come from the American left in the last decade,” said the Post Millennial’s Andy Ngo. “That big lie has inspired many to become radicalized and militant.”

Musk responded with laughing emojis saying “worth it.”

Shortly after Musk posted the video, he shared a link to the Department of Justice’s 2015 investigation into the officer-involved shooting of Michael Brown — to which one user suggested the tech billionaire was spreading a conspiracy theory.

“What conspiracy theory? This [is] what Obama’s DoJ published,” Musk responded with screenshots of the report’s findings.

“According to Obama’s DOJ, the Ferguson shooting was unequivocally self-defense, so the Ferguson protests were – if you believe Obama’s DoJ – based on a false premise. That’s not to say that other injustices don’t occur, but this does not appear to be one of them,” he wrote.

That’s not to say that other injustices don’t occur, but this does not appear to be one of them. @CommunityNotes

“Based on this investigation, the Department has concluded that Darren Wilson’s actions do not constitute prosecutable violations under the applicable federal criminal civil rights statute, 18 U.S.C. § 242, which prohibits uses of deadly force that are “objectively unreasonable,” as defined by the United States Supreme Court. … Given that Wilson’s account is corroborated by physical evidence and that his perception of a threat posed by Brown is corroborated by other eyewitnesses, to include aspects of the testimony of Witness 101, there is no credible evidence that Wilson willfully shot Brown as he was attempting to surrender or was otherwise not posing a threat.” 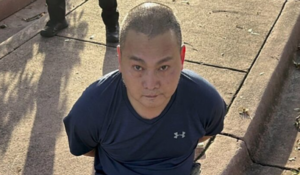