Student activists at Arizona State University are advocating for Kyle Rittenhouse to be expelled.

Rittenhouse revealed last week that he had been taking classes through the university online. He said he would like to attend ASU in person.

Four student groups — Students for Socialism, Students for Justice in Palestine, the Multicultural Solidarity Coalition, and the Mexican American student group MEChA de AS — launched a campaign to have Rittenhouse expelled.

They are demanding that ASU “release a statement against white supremacy & racist murderer Kyle Rittenhouse.”

Rittenhouse was acquitted of all charges brought against him in Wisconsin as a result of shootings during the riots on Aug. 25, 2020. Throughout his trial, the teenager maintained he had acted in self-defense and that he feared for his life during the altercation with Joseph Rosenbaum, Anthony Huber, and Gaige Grosskreutz.

He was publicly denounced by most major media outlets during the subsequent year. President Joe Biden referred to him as a white supremacist during his campaign against President Donald Trump.

A Students for Socialism spokesperson told Fox News the case’s jury “effectively gives right-winged individuals the license to kill other individuals who protest for human rights.”

“The decision made by the court is one of thousands of cases that have been influenced by biased judges, predominantly white juries, and mistakes inherent in a judicial system founded off of injustice to begin with,” the spokesperson said.

CAARE stands for Community Action Advocacy Restoration and Empowerment. It is a health services organization founded in 1996, when the acronym stood for Case management of AIDS and Addiction through Resources and Education. In 2006 it was rebranded as the Center for Accessible Affordable Health Research and Education before changing again in 2019.

“Even with the not-guilty verdict from a flawed ‘justice’ system — Kyle Rittenhouse is still guilty to his victims and the families of those victims. Join us to demand from AUS that these demands be met to protect students from a violent, blood-thirsty murder,” reads an image posted by Students for Justice in Palestine – Arizona State University on Facebook.

The College Republicans United (CRU) chapter at ASU has countered this movement with calls far “student org and individuals involved in this harassment campaign against the student (Rittenhouse)” to be suspended.

. @ASU should suspend the student org and individuals involved in this harassment campaign against the student. https://t.co/KkscK6DPGr pic.twitter.com/S02hlKsg7w

Race relations have been a contentious issue on the ASU campus for months. In September, a video went viral of students demanding two white students leave a room designated as a multicultural space on the Tempe campus. An investigation is ongoing.

ASU is the same school where far-left activists followed Senator Krysten Sinema into a bathroom and demanding her to create a pathway to citizenship.

An anti-Rittenhouse sign-making event will be held on campus on Nov. 29 and a rally is scheduled for Dec. 1 outside of the Nelson Fine Arts Center. 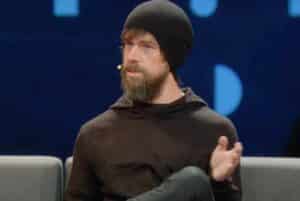