Twitter CEO Jack Dorsey announced he is stepping down from his executive role, sending the company’s stock up 5% in early-day trading.

“I want you all to know that this was my decision and I own it,” Dorsey wrote in a statement he posted on Twitter. “It was a tough one for me, of course. I love this service and company… and all of you so much. I’m really sad… yet really happy.”

He went on to say: “There’s a lot of talk about the importance of a company being ‘founder-led.’ Ultimately I believe that’s severely limiting and a single point of failure. I’ve worked hard to ensure this company can break away from its founding and founders.”

Dorsey will be replaced by chief technology officer Parag Agrawal.

“Parag started here as an engineer who cared deeply about our work,” Dorsey said. “This alone makes me proud. I know that Parag will be able to channel this energy best because he’s lived it and knows what it takes. All of you have the potential to change the course of this company for the better. I believe this with all my heart!

Dorsey added that he will serve on the board of the company through his term — “May-ish” — in order to help Agrawal and Bret Taylor, Twitter’s new board chair, with the transition.

not sure anyone has heard but,

“The company said earlier this year it aims to have 315 million monetizable daily active users by the end of 2023 and to at least double its annual revenue in that year,” reports CNBC. “Dorsey faced an ousting last year when Twitter stakeholder Elliott Management had sought to replace Jack Dorsey as CEO. Elliott Management founder and billionaire investor Paul Singer had wondered whether Dorsey should run both of the public companies, calling for him to step down as CEO of one of them, before the investment firm reached a deal with the company’s management.”

Dorsey founded the social network and served as its CEO until 2008. He returned to the role in 2015 after former CEO Dick Costolo vacated the position. 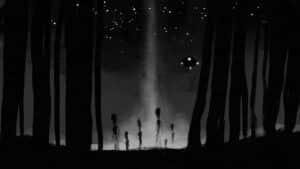 SHANE CASHMAN: The Aliens Are Not Here to Save Us