An Arizona State University student was aggressively confronted and filmed for studying while white and having a pro-police sticker on his laptop in a “multicultural space.”

At one point in the now-viral video, the student is accused of “violence” over the sticker.

“This is our space,” one of the women filming the young man demands. “You’re making this space uncomfortable.”

“You’re white. Do you understand what a multicultural space is?” the women continue berating the soft-spoken student.

After implying that white people are not allowed in the multicultural center, another student asks “white’s not a culture?” prompting the women to become even more agitated and demand that it is not.

The women filming also accuse the student of being racist over the sticker. He politely explained that he was not trying to offend anyone and was just trying to study.

“This offends us automatically because these people kill people like me and like us, you’re promoting our murderers,” one of the women replied. They went on to claim that the slogan supporting police is “affiliated with white nationalists.”

The student who was being attacked finally gets fed up and informs the bullies that he is working 60 hours a week while going to school because his parents do not just give him money.

“I was just studying, I pay the same f-cking tuition as you do,” the student says as they continue to demand that he leave.

After yelling at and berating the young man for several minutes, they complain that he had the audacity to cuss at them, which apparently is not allowed, because of the color of their skin. “Cussing out black people, you just proved yourself,” one of the women declares.

Eventually, the bullies got their way and the “white male” students left.

Rep. Marjorie Taylor Greene commented on the video saying that it is “racism & harassment” and that the school should “punish the girls who did this.”

This is racism & harassment.
The school should punish the girls who did this.
Racism towards any skin color is wrong & shouldn’t be tolerated ever.
ALL lives matter.
Supporting police mean you support police & the important job they do to keep communities safe & enforce laws. https://t.co/eGEuXAbCbg

Watch the full video on one of the women’s Instagram accounts here.

These are the people behind the camera @ASU pic.twitter.com/DNkb1tnkDL

Timcast has reached out to ASU to ask if the students will face disciplinary action for the racial harassment. We will update this story if a comment is provided. 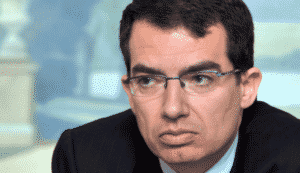 Moderna CEO Says Pandemic Could Be Over Next Year