'It is part of the process,' said President Joe Biden

Senator Kyrsten Sinema was followed into a bathroom and berated by a far-left activist.

The Arizona Democrat was followed by immigration activists from her classroom on Sunday morning at Arizona State University, where she teaches in the School of Social Work.

The activist wanted her to create a “pathway to citizenship.”

In a Monday press release, Sinema said the agitators posted “footage taken of both my students and I using a restroom” after filming them without consent.

“It is unacceptable for activist organizations to instruct their members to jeopardize themselves by engaging in unlawful activities such as gaining entry to closed university buildings, disrupting learning environments, and filming students in a restroom. In the 19 years I have been teaching at ASU, I have been committed to creating a safe and intellectually challenging environment for my students.

“Yesterday, that environment was breached. My students were unfairly and unlawfully victimized. This is wholly inappropriate.”

The video of the incident was posted on Twitter by the Living United for Change in Arizona, a group that advocates for immigration reform. The footage shows the activists waiting outside Sinema’s classroom and following her into the bathroom after she declined to speak with them.

Arizona has a one-party consent law for recordings. Under AZ Rev. Stat. Ann. § 13-3001, consent is required to record a conversation that one is not directly a part of. At least one party must consent to the recording to meet the legal expectation of privacy, with exemptions for locations where there is no reasonable expectation of privacy, such as a street or park.

The woman filming, who identifies herself as Blanca, says in the recording. “We knocked on doors for you to get you elected. … And just how we got you elected, we can get you out of office if you don’t support what you promised us.”

In an email to The Arizona Republic on Oct. 3, LUCHA said, “It has required a tremendous amount of bravery from this young organizer to fight for her family and tell her story to her Senator.”

The organization added that the senator “denied our requests, ignored our phone calls, and closed her office to her constituents. She hasn’t had a public event or town hall in years.”

“We are not dignifying this behavior with a response,” Sinema spokesperson John LaBombard said in an email to The Arizona Republic.

The altercation came after “LUCHA announced a campaign to pressure Democrats to include immigration reform … and create a path to citizenship for undocumented immigrants” in the Build Back Better bill, which failed in the Senate, per USA Today.

Sinema and several of her colleagues criticized their party for pulling the bill from the floor on Friday. Democratic leadership wanted additional time to negotiate Biden’s sweeping, $3.5 trillion social spending bill.

When asked about the incidents on Oct. 4, President Joe Biden said he did not think they were “appropriate tactics [but] it happens to everybody.”

“The only people it doesn’t happen to are the people with secret service standing around them,” he said. “It is part of the process.”

The politically motivated targeting of Simena is the second incident at ASU in the past two-week.

Members of the Multicultural Solidarity Coalition accosted two white male students for sitting in a room at the school’s student center, which the members claimed to be the multicultural center. The MSC members said the two students “were promoting murderers and white supremacy by supporting police, called them ‘Karens’ for being upset, and ridiculed them for insinuating that diversity or multiculturalism included white people,” per AZ Free News. 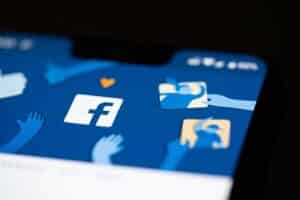