The outages were reported on Oct. 4

Three Facebook-owned platforms are down after a worldwide outage.

Facebook, Instagram, and the popular messaging app WhatsApp are all out of service for tens of thousands of users, according to Downdetector.com.

In a statement on Twitter, the social media giant said, “We’re aware that some people are having trouble accessing our apps and products.”

“We’re working to get things back to normal as quickly as possible,” the company added.

We’re aware that some people are having trouble accessing our apps and products. We’re working to get things back to normal as quickly as possible, and we apologize for any inconvenience.

Instagram and friends are having a little bit of a hard time right now, and you may be having issues using them. Bear with us, we’re on it! #instagramdown

We’re aware that some people are experiencing issues with WhatsApp at the moment. We’re working to get things back to normal and will send an update here as soon as possible.

Thanks for your patience!

All three platforms operate on a common infrastructure.

“Downdetector, which only tracks outages by collating status reports from a series of sources, including user-submitted errors on its platform, showed there were more than 50,000 incidents of people reporting issues with Facebook and Instagram,” reports Reuters. “The outage might be affecting a larger number of users. Meanwhile, the social-media giant’s instant messaging platform WhatsApp was also down for over 35,000 users, while Messenger was down for nearly 9,800 users.”

Facebook was temporarily out of service in both March and July due to large-scale outages.

According to CNN, “The outage came the morning after ’60 Minutes’ aired a segment in which Facebook whistleblower Frances Haugen claimed the company is aware of how its platforms are used to spread hate, violence and misinformation, and that Facebook has tried to hide that evidence. Facebook has pushed back on those claims.”

News of the outages prompted a plethora of reactions on Twitter.

At least now we know why it sucks when one company owns everything.

WhatsApp being down reminds me of power cuts in the good old days when people used to step out of their houses or sit in their balconies, except now we just go on Twitter

The official cause of the outages has not yet been publicly announced. 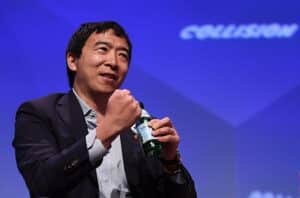