English actor, comedian and podcaster Russell Brand will launch a brand new daily show exclusive to Rumble, according to a Sept. 12 statement released by the company.

Stay Free With Russell Brand will reportedly be a daily live show hosted by Brand and will be exclusive to Rumble‘s streaming platform. The show is scheduled to launch on Sept. 28 with new episodes airing each day at 1 p.m. Eastern Time and will feature Brand providing an alternate perspective on news, current events, and other culturally relevant topics similar to his current YouTube channel.

“We are here to serve our community—which includes everyone,” Brand said in the company’s statement. “We are here to question everything, we are here to have a laugh, to Build Back Better and Make News Great Again. Stay Free.”

“We are excited to empower Russell to grow his audience on Rumble and Locals,” said Pavlovski. “Russell is known for his unfiltered opinions, and we are proud to serve as the technology platform where he can grow his audience.”

On Sept. 8, Rumble similarly announced an exclusive deal with Pulitzer Prize-winning journalist, Glenn Greenwald. Greenwald, former co-founder of The Intercept, will host a new live daily show called System Update. The program will air at 7 p.m. Eastern Time and feature news reports and guest interviews. Like Brand, Greenwald will also host a question and answer session on his Locals community page exclusive to subscribers after the show’s livestream.

“I am thrilled to be on Rumble where free speech is a highly valued commodity, and I can focus on my journalistic endeavors with complete independence and without fear of interference,” said Greenwald in the company’s announcement late last week.

Rumble, founded by tech entrepreneur Chris Pavlovski, is a Canadian-based YouTube competitor that brands itself as the neutral video platform and seeks to protect a free and open internet, according to the site’s story section. Pavlovski currently serves as the company’s Chief Executive Officer.

The company acquired subscription-based Patreon competitor, Locals, founded by comedian and podcaster Dave Rubin, in October 2021. A few months after purchasing Locals, Rumble announced it would go public after entering a deal with global financial services firm CF Acquisition Corp. VI (CFVI). Rumble was initially valued at $2.1 billion, and current stock prices for CFVI are trading at about $12 per share. 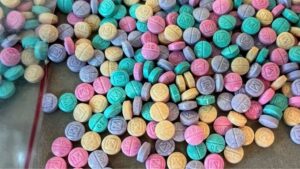