School Supervisor overdosed after inhaling fumes from the pill case

A junior high school student was arrested on Sept. 9 in California for bringing to school fentanyl pills disguised as Percocet, which caused a school supervisor to overdose.

The 13-year-old had their bag searched after being involved in an altercation with another student, according to local NBC affiliate KGET.

While searching the bag, the campus supervisor found the pill bottle and opened it. Though he did not ingest any of the pills or come into direct contact with them, he overdosed from them being what the Bakersfield Police Department called an “inhalation hazard.”

A Kern High School police officer arrived at the school shortly after and administered Narcan to the school supervisor who was then taken to the hospital, according to KGET.

The student, who was found with roughly 150 fentanyl pills and about $300 in cash, was charged with possession of a controlled substance for the purpose of sales.

Police did not know if any of the pills were provided to other students and said they are working with the school district to bolster student safety.

“Rainbow fentanyl—fentanyl pills and powder that come in a variety of bright colors, shapes, and sizes—is a deliberate effort by drug traffickers to drive addiction amongst kids and young adults,” said DEA Administrator Anne Milgram. “The men and women of the DEA are relentlessly working to stop the trafficking of rainbow fentanyl and defeat the Mexican drug cartels that are responsible for the vast majority of the fentanyl that is being trafficked in the United States.”

“The production of (heroin) is expensive and time-consuming because you have to use the actual poppy from poppy fields. With fentanyl being a synthetic drug, you eliminate that process, and it’s much more lucrative,” a Los Angeles Police officer and drug recognition expert told Fox News Digital. “A legitimate 40-milligram OxyContin pill will be around $40 bucks. You can get these illicit pills, like the M-30s, for $10 or $15 bucks each.”

Fentanyl is now the leading cause of death among individuals aged 18 to 45. 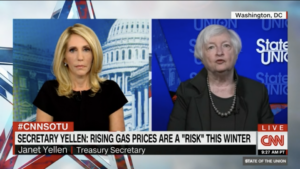