United States Treasury Secretary Janet Yellen warned that gas prices were at risk of rising this winter Sunday on CNN.

On Sunday’s episode of CNN’s “State of the Union” hosted by Dana Bash, Yellen was asked if Americans should be prepared for rising gas prices in the winter.

“Well, it’s a risk, and it’s a risk that we’re working on the price cap to try to address,” Yellen told Bash. “This winter the European Union will cease, for the most part, buying Russian Oil. And in addition, they will ban the provision of services that enable Russia to ship oil by tanker.”

Treasury Secretary @SecYellen tells @DanaBashCNN that it is “possible” that a European halt in Russian oil imports could prompt a “spike” in oil prices this winter. #CNNSOTU https://t.co/Xhr36jKqF5

The European Union (EU) had previously adopted a sixth package of sanctions in early June which laid out plans to prohibit the purchase, import or transfer of crude oil and certain petroleum products from Russia into the EU slated to take effect by the end of the year, according to a previously released statement.

“We are increasing limitations to the Kremlin’s ability to finance the war by imposing further economic sanctions,” said High Representative for Foreign Affairs and Security Policy, Josep Borrell in the EU statement. “We are banning the import of Russian oil into the EU and with this cutting a massive source of revenue for Russia.”

An exception for crude oil by pipeline was reportedly made for EU states with a dependence on Russian oil exports.

On Sept. 2, the Group of Seven (G7) finance ministers announced a price cap on Russian oil reportedly designed to reduce Russia’s main source of funding while also maintaining supplies to global energy markets by keeping Russian oil flowing at lower prices, according to a press release from by the U.S. Department of Treasury.

“This price cap is one of the most powerful tools we have to fight inflation and protect workers and businesses in the United States and globally from future price spikes caused by global disruptions,” Yellen wrote in the statement. “Today’s action will help deliver a major blow for Russian finances and will both hinder Russia’s ability to fight its unprovoked war in Ukraine and hasten the deterioration of the Russian economy. We have already begun to see the impact of the price cap through Russia’s hurried attempts to negotiate bilateral oil trades at massive discounts.”

This June gas prices reached a record high of $5.02 for regular unleaded gas. The price has fallen to it’s current national average of  $3.72 which is up from last year’s September average of $3.18, according to AAA. 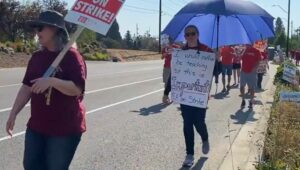