Rumble Acquires Locals in a Bid to Expand ‘Creator Economy’

“We felt there was an opportunity to fairly serve everyone by providing the same tools large creators have, without preferencing,” Rumble told Timcast via email.

Rumble’s goal is to give creators “unprecedented autonomy over their work” and simultaneously deliver high-quality content to audiences.

Unlike other platforms, creators using Locals own not only their own content but also the community data. The data can be analyzed to better understand and engage with a creator audience. With more insight into who they are reaching, creators can expand their work and continue to generate revenue without outside influence. Instead, they’ll use the subscription model Locals has built.

Today is a huge day in the fight against Big Tech.

Building Locals was just one part of the plan. Now, with this acquisition by @rumblevideo, we will build a parallel Internet based on free speech using cutting edge tech and innovation.

And this is just the beginning.

In many respects, the tech platforms are a natural pair.

“Both Rumble and Locals believe in the importance of allowing creators to express their opinions, interact with their supporters and make money from subscription,” Assaf Lev, the CEO of Locals, said in a press release.

Rumble envisions the creator economy as “a two-way handshake between creators and their audiences” rather than a one-way relationship.

The company also believes that ensuring creators have autonomy over their data and potential revenue “ultimately gives the creator more control of their valuable content” and prevents cancellations.

“We are building the rails to a new tech ecosystem that will free everyone from the restraints of editorial control,” said Rumble CEO Chris Pavlovski. 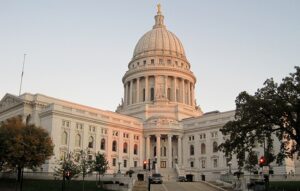