Wisconsin Senate Majority Leader Devin LeMahieu announced that the State Senate will launch its own investigation into the 2020 election after a separate audit showed “numerous failures” by the Wisconsin Elections Commission (WEC).

“The audit released on [Friday] paints a grim picture of the Wisconsin Election Commission and their careless administration of election law in Wisconsin,” LeMahieu said in a statement. “The audit shows numerous failures within WEC which undermined the free, fair, and transparent elections Wisconsinites deserve.”

The number two Republican in the Wisconsin State Assembly, Majority Leader Jim Steineke, said that while the audit did confirm who won the election, it also shows that the WEC “skirted” the state’s election laws.

“Our government relies on fair and transparent elections. That’s why it’s outrageous that the very agency charged with overseeing our state’s elections failed on so many levels to adhere to our state’s voting laws,” Steineke said.

“The auditors surveyed all 1,835 clerks in Wisconsin’s 72 counties, but examined just 14,710 absentee ballots in 30 cities or counties,” The Center Square reported. “Clerks in the city of Madison and Milwaukee County would not allow auditors to examiner [sic] their ballots. The audit team noted that Madison, Milwaukee County, and a third recalcitrant municipality of Little Suamico accounted for nearly 19% of the ballot cast last fall.”

“That Milwaukee and Madison once again did not provide information lacks transparency and leaves more questions for voters,” State Rep. Janel Brandtjen told The Center Square. “They are by law supposed to provide this information. They don’t get to say no. This is not how this works.”

“I am currently reviewing the audit report which made 30 recommendations, including 18 items that may involve legislation,” Marklein said. “We have taken action on a number of these items in legislation that has already been vetoed by Governor Tony Evers, but we will consider our options.”

LeMahieu said that the investigation may lead to ending the WEC.

“We will assess the full impact of WEC’s deficiencies and determine the best course of action for the future of election administration given the now documented failures of the current administration and staff,” he said. 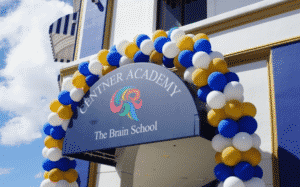