Video platform Rumble will go public through a deal with CF Acquisition Corp. VI with an initial enterprise value of $2.1 billion.

CF Acquisition Corp. VI (CFVI) is a global financial services firm led by Cantor Financial Chairman and Chief Executive Officer Howard W. Lutnick. CFVI is a special purpose acquisition company, meaning it has no commercial operations and exists only to raise money through an initial public offering. It exists with the intention of merging with another company.

Typically SPCAs have two years to complete an acquisition or they are obligated to return their funds to investors.

Lutnick called Rumble “the most exciting social media and video distribution platform in the market today. … It is clear Rumble is the new market for innovators, creators, and consumers. I’m excited to support Rumble and its ability to operate the neutral video platform.”

Rumble acquired Locals, a subscription service, in late October. The move was part of its effort to expand the ‘creator economy’ and  creators maintain “unprecedented autonomy over their work.”

Launched in 2013, the video distribution platform runs its own infrastructure that the company says are “immune to cancel culture.” Rumble’s goal is to increase freedom of expression and creativity online.

“We are a movement that does not stifle, censor, or punish creativity and believe everyone benefits from access to a neutral network with diverse ideas and opinions,” said Chris Pavlovski, the Founder and Chief Executive Officer of Rumble, in a statement.

“We are on a mission to restore the internet to its roots by making it free and open once again,” he added. “The transaction we announced today will provide Rumble with the additional capital necessary to continue to scale our business and carry out our mission.”

As a condition of the deal, Pavlovski will retain voting control to facilitate the execution of the company’s mission at the close of the deal.

The transaction was unanimously approved by the Board of Directors of both Ruble and CFVI. The combined company will retain the name Rumble.

Rumble shareholders may be able to earn additional shares of the combined company should its stock reach a price of $15.00 and $17.50 per share.

In total, Rumble will receive approximately $400 million in proceeds, a combination of “a fully committed PIPE of $100 million at $10.00 per share and $300 million of cash held in the trust account of CFVI,” per the repress release.

Rumble’s stock is expected to be listed on the Nasdaq. 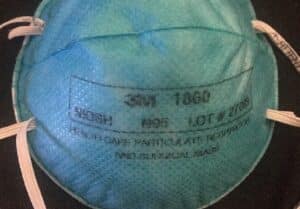