The extremely tight race triggered a recount as mandated by state law whenever two candidates are within 0.5% of one another in an election.

“The results of the District 3 race reinforce the fact that every vote matters,” said Secretary of State Jena Griswold in a Nov. 30 statement. “Colorado voters have made their voices heard, and I am ordering this recount in accordance with Colorado law to confirm the will of the voters.”

A total of 163,842 votes were cast in the district on Election Day.

The 27 counties that are encompassed by or partially included in the district have until Dec. 13 to complete the recount. Tabulation equipment used in the election must undergo a logic and accuracy test before all ballots are officially recounted following the same procedure with which they were originally counted. This means ballots that were scanned on election day will once more be sent through tabulation machines. Only San Juan County plans to recount ballots by hand.

“On Friday, November 18, Colorado began the statewide bipartisan Risk-Limiting Audit (RLA) – a post-election audit that gives a statistical level of confidence that the outcome of an election is correct. Bipartisan county audit boards successfully completed the audit on November 22. The reported winner in all the audited races was confirmed,” noted Griswold’s office.

Frisch, a former Aspen City Councilman, conceded the race on Nov. 18 after securing 49.9% of the vote. The Democrat said he did not want “to continue to fund fruitless election efforts over a ‘handful of votes,’” per Politico.

“There’s never been a more humbling moment in my life,” Frisch said in his speech. “We are not asking for this recount. It is one that the citizens of Colorado mandate through our election system… “Please save your money for your groceries, your rent, your children.”

“Democrats have abandoned rural America and working-class America for the last many years,” he added. “Republicans have had a monopoly over the backbone of this country.”

While in Congress, she has been described as a “political lightning rod” known for her vocal support for the second amendment and loyalty to President Donald Trump, per ABC News.

The congresswoman has introduced legislation to have Afghanistan deemed a state sponsor of terrorism and fentanyl designated a weapon of mass destruction.

Trump endorsed Boebert in December of 2021, calling her a “fearless leader.”

“Congresswoman Lauren Boebert has done a fantastic job in her first term representing Colorado’s Third District,” Trump said in a statement. “She is a fearless leader, a defender of the America First Agenda, and a fighter against the Loser RINOs and Radical Democrats. She will continue to be tough on Crime, strong on Borders, and always protect our under-siege Second Amendment.” 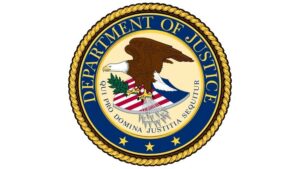