A former Democratic police chief and councilmember in Amite City, Louisiana were each sentenced to a year in prison for violating federal election laws as part of a conspiracy to pay, or offer to pay, people for voting in the 2016 election.

According to the U.S. Department of Justice (DOJ), Jerry Trabona, 73, and Kristian “Kris” Hart, 50, participated in a “vote buying scheme” that included hiring people to identify potential voters, transporting those voters to the polls, and paying those individuals for voting.

Trabona and Hart were candidates on the ballot in the election and conspired to buy votes for themselves, as well as other candidates they supported in both the primary and general elections.

They were indicted following an investigation by the FBI’s New Orleans Field Office.

In order to conceal the purpose of the illegal payments, “Trabona had those individuals sign contracts falsely stating that they would not ‘make any overture of any kind to any voter or other person of financial award or benefit in exchange for a vote,” according to a report in the Heritage Foundation’s voter fraud database.

The DOJ says that two other Louisiana men who pleaded guilty for their involvement in the conspiracy — Calvin Batiste and Louis Ruffino — will be sentenced at a later date. 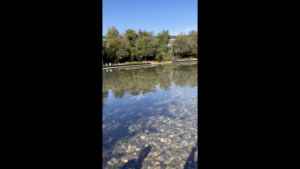