A Colorado congresswoman introduced new legislation that would classify fentanyl as a weapon of mass destruction that causes widespread death.

The synthetic opioid is the leading cause of overdose deaths among Americans ages 18 to 45 and is currently a leading factor in the national opioid crisis.

Representative Lauren Boebart introduced the Fentanyl is a WMD Act on June 13. She noted that the measure would task several federal agencies with confronting the spread of fentanyl by requiring the “assistant secretary for the Countering Weapons of Mass Destruction Office of the Department of Homeland Security (DHS) to treat fentanyl as a weapon of mass destruction.”

“This would enable the Department of Justice and the Department of Homeland Security, Drug Enforcement Agency, and Department of Defense to better coordinate their efforts and immediately publish the necessary administrative directive to eliminate the threat posed by this deadly substance,” the representative told Fox News.

While fentanyl has been used in medical procedures for years, it was difficult to produce outside of laboratories. When the illegal supply of the highly addictive drug increased sometime around 2013, the number of overdose deaths caused by fentanyl spiked – surpassing those caused by heroin and prescription opioids which had devastated much of middle America.

“Fentanyl is unlike any other drug problem in modern history,” wrote researchers at the RAND Corporation, a public policy research organization. “It’s more useful to think of it as a mass poisoning than as a traditional drug epidemic.”

“Today, fentanyl is a mail-order product, marketed on the open internet and shipped directly to consumers and dealers, no international drug cartels required,” noted RAND. “Some of it comes across the border from Mexico, but much of it comes from poorly regulated labs in China. They often guarantee delivery, so sure are they that their small packages will slip by in cargo shipments or standard mail.”

House Republicans released a report in February claiming that the crisis at the southern border, which was exacerbated by President Biden’s administration, has allowed more fentanyl to flow into America.

“Fentanyl is freely flowing across our borders as seizures increased by 134% in FY2021, under President Biden’s watch,” the report stated. “In FY21, 11,201 pounds of fentanyl were seized by Customs and Border Protection, which is enough to kill every American nearly seven times over.”

The report came two months after the House failed to adopt House Resolution 6184, known as the HALT Fentanyl Act. The measure sought to make the drug a schedule 1 controlled substance because of its “high potential for abuse” and would have officially declared it has no medical value. The substance would only be permitted for approved research.

Boebert’s legislation specifically addresses the illegal use of fentanyl and would not bar the legal use of the synthetic opioid.

“The saddest thing about the fentanyl crisis is that it is preventable,” she said in a statement in the House. “National security experts know that the vast majority of deadly fentanyl plaguing our communities comes across the southern border.”

“There is no way around it — the Biden Border Crisis is killing Americans,” Boebert added. “It is time to call fentanyl what it is: a weapon of mass destruction that is destroying our nation.”

If fentanyl was classified as a weapon of mass destruction, the DHS would need to lead a federal effort to “detect and protect against unauthorized importation, possession, storage, transportation, development or use” of the substance under the Title XIX of the Homeland Security Act. 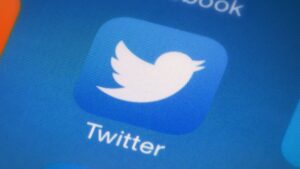