Congresswoman Lauren Boebert has introduced a bill to designate Afghanistan a state sponsor of terrorism.

The Taliban Sponsor Terrorism Act states that “not later than 30 days after the date of the enactment of this Act, the Secretary of State shall designate Afghanistan as a country the government of which has repeatedly provided support for international terrorism.”

In a press release provided to Timcast News, Rep. Boebert’s office noted that the 2022 United Nations report found, “There are no recent signs that the Taliban has taken steps to limit the activities of foreign terrorist fighters in the country. On the contrary, terrorist groups enjoy greater freedom there than at any time in recent history.” The report also found Osama Bin Laden’s son, Abdallah, “visited Afghanistan in October for meetings with the Taliban.”

The report, Rep. Boebert’s office said, also made clear that the terror group’s regional affiliate, al Qaeda, “retains a presence in Afghanistan…where the group fought alongside the Taliban.”

“As a result of Biden’s botched Afghanistan surrender that killed 13 American service members, Afghanistan has once again become a safe haven for terrorists,” Congresswoman Boebert said. “Equally troubling, these terrorists now have access to more than $7 billion of U.S. supplied weapons, ground vehicles, and aircraft that we left behind. ISIS and al Qaeda are flourishing, have close ties to the Taliban, and now have the capability to attack us on U.S. soil. One of the best ways to protect the American people from these terrorists is to stop the money from flowing by formally designating Afghanistan as a state sponsor of terrorism.”

Under U.S. law, designating a nation a state sponsor of terrorism imposes four main categories of sanctions on a country. This includes banning arms exports and sales, restrictions on exporting dual-use items that could enhance the country’s terrorist activities and military capability, prohibitions on tax dollars providing economic assistance, as well as financial restrictions that include US opposition to World Bank loans, prohibiting defense contracts for companies controlled by terrorist nations, and restrictions on government contracts being awarded. 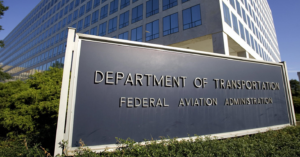