New regulations designed to improve the working conditions of flight attendants have been adopted amid ongoing disputes in the aviation industry.

The Federal Aviation Administration will now require at least a 10 consecutive hour-long break between flight attendants’ shifts with no exceptions. Currently, industry regulations require a minimum break of one hour.

Acting FAA Administrator Billy Nolen announced the change on Oct. 4, saying the new rule will “improve aviation safety and that has been long overdue.”

“It’s been a long road, and it’s about time. I can tell you it’s been a priority for me and for this administration, and that’s why we’re here today,” said Nolen in his remarks. “I am a pilot. Any pilot will tell you that we cannot fly the plane without the safety expertise and support of flight attendants.”

He noted the previous ruled allotted shorter breaks for flight attendants than pilots.

Nolen further stated that flight attendants are customer-facing, managing both their comfort and safety as well as dealing with any issues that arise.

“As we have seen too often recently, they are on the front lines responding to unruly passengers who could threaten the safety of the flight and other passengers,” he said.

“The bottom line is that the rest period increase for flight attendants corrects a historical inequity,” concluded Nolen.

The rule will become effective in 30 days. However, airlines have 90 days to comply.

Sarah Nelson, the president of the Association of Flight Attendants, joined Nolen at the press conference. Her union “has fought for years for a longer break between shifts. The union thought it had prevailed four years ago, when Congress voted by large margins to require more rest,” reports AP News.

The rest requirement was open for two periods of public comment – in 2019 and then in 2021. More than 1,000 comments from flight attendants, airlines and passengers were submitted to the FAA.

“Flight attendants, like all essential transportation workers, work hard every day to keep the traveling public safe, and we owe them our full support,” said U.S. Transportation Secretary Pete Buttigieg in a statement. “This new rule will make it easier for flight attendants to do their jobs, which in turn will keep all of us safe in the air.”

The rule change follows more than two years of industry disruption caused by COVID-19 travel restrictions and regulations. Additionally, it follows months of recurring protests led by pilots from major airlines who want to renegotiate their working conditions. 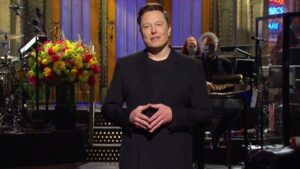