Twitter stock trading was halted on Tuesday morning amid news that Elon Musk is planning to go through with the deal to buy Twitter Inc. for the original offer price of $54.20 a share.

*MUSK SAID TO PROPOSE TO TWITTER TO PROCEED W/ DEAL AT $54.20$TWTR shares just spiked and now are halted pic.twitter.com/cF6k1SfF1r

Musk made the proposal in a letter to Twitter, according to sources who spoke to Bloomberg.

The world’s richest man had signed a merger agreement in April promising to buy the platform for $54.20 per share in order to take it private. The total value of the deal ended up being $44 billion.

The agreement also included a $1 billion fee if Musk backed out.

Musk later attempted to get out of the deal, however, by claiming that Twitter violated the terms of their agreement by not providing him with information about how many accounts are spam or bots.

The New York Times reported, “at the heart of the case is the issue of disclosure. To terminate the deal, Mr. Musk claimed that Twitter balked at handing over information about spam bots, also known as fake accounts, on the platform. He repeatedly said he did not believe the company’s public statements that roughly 5 percent of its active users are bots. Twitter intentionally misled the public, he said, and obstructed his efforts to get more information about how it accounts for the figures. Mr. Musk has also taken aim at Twitter for not giving warning before recently firing two key executives.”

As Timcast previously reported, Twitter filed a lawsuit against Musk in Chancery Court in Delaware on July 12. The lawsuit accuses him of “refusing to honor his obligations” after he backed out of the deal citing his belief that the company lied about the amount of fake and bot accounts on the platform.

The lawsuit also alleged that the billionaire repeatedly violated the terms of the agreement, which forbid him from disparaging the company or its leadership. It additionally accuses him of abandoning efforts to secure the funding, despite obligations in their agreement to use “reasonable best efforts” to make it happen.

Last month, Twitter shareholders still voted to approve the sale of the company to Elon Musk for $44 billion.

This is a breaking story and will be updated as more information becomes available. 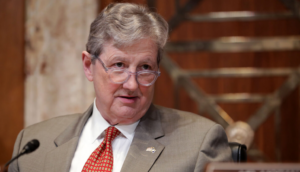 Louisiana Senator John Kennedy Tells Defund the Police Advocates 'The Next Time You Get in Trouble, Call a Crackhead'