Twitter has made good on their promise to sue Elon Musk if he attempted to walk away from purchasing the social media company.

The Big Tech giant filed the lawsuit against Musk in Chancery Court in Delaware on July 12.

The lawsuit accuses Musk of “refusing to honor his obligations” after he backed out of the deal citing his belief that the company lied about the amount of fake and bot accounts on the platform.

“Having mounted a public spectacle to put Twitter in play, and having proposed and then signed a seller-friendly merger agreement, Musk apparently believes that he — unlike every other party subject to Delaware contract law — is free to change his mind, trash the company, disrupt its operations, destroy stockholder value, and walk away,” lawyers for Twitter wrote in the lawsuit. “This repudiation follows a long list of material contractual breaches by Musk that have cast a pall over Twitter and its business.”

Musk had signed a merger agreement in April promising to buy the platform for $54.20 per share in order to take it private. The total value of the deal ended up being $44 billion.

The agreement also included a $1 billion fee if Musk backed out.

The lawsuit notes that the billionaire had repeatedly violated the terms of the agreement, which forbid him from disparaging the company or their leadership. It additionally accuses him of abandoning efforts to secure the funding, despite obligations in their agreement to use “reasonable best efforts” to make it happen.

A week before the lawsuit was filed, Musk announced that he no longer intended to complete the purchase.

The New York Times reports, “at the heart of the case is the issue of disclosure. To terminate the deal, Mr. Musk claimed that Twitter balked at handing over information about spam bots, also known as fake accounts, on the platform. He repeatedly said he did not believe the company’s public statements that roughly 5 percent of its active users are bots. Twitter intentionally misled the public, he said, and obstructed his efforts to get more information about how it accounts for the figures. Mr. Musk has also taken aim at Twitter for not giving warning before recently firing two key executives.”

The company is hoping that the issue will make it before a judge in September, citing ongoing harm to the business if the battle is prolonged. 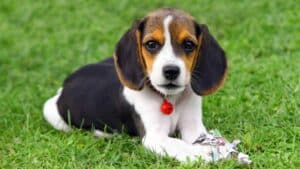 Nearly 4,000 Beagles Need Homes After Being Surrendered By Virginia Organization Breeding Them for Animal Testing