Louisiana Senator John Kennedy Tells Defund the Police Advocates 'The Next Time You Get in Trouble, Call a Crackhead'

“If you hate cops just because they’re cops, the next time you get in trouble, call a crackhead,” he says at the end of the video released on Sept. 30.

I know the difference between criminals and their innocent victims. pic.twitter.com/RKhHJEefpv

New Orleans-based publication The Advocate called the 30-second ad “part of a Republican strategy nationwide to tap into public fears about crime, which polls show is favorable territory for the party’s candidates this year.”

Louisiana was ranked the fifth most violent state in the country in 2021 following an analysis of crime data from the Federal Bureau of Investigation. There were 549.3 incidents of violent crime per every 100,000 residents in 2019, significantly more than the national average of 366.7 incidents per 100,000 Americans. In 2020, that ratio climbed to 639 for every 100,000 people.

“The overall violent crime rate climbed by 16.4% in Louisiana in 2020, more than three times the national increase,” reported Biz New Orleans. “There were 734 murders in the state in 2020, a 35% year-over-year increase and more than in many states with far larger populations. Louisiana’s homicide rate of 15.8 for every 100,000 people is the highest of any state and more than double the 6.5 per 100,000 national murder rate.”

The Root, an African-American-oriented online magazine, accused Kennedy of mocking the seriousness of police brutality and describing the message as “the sort of racist absurdity we’re used to seeing.”

“Kennedy spends most of the video talking about violent crime and denouncing wokeness. Images of Black Americans peacefully protesting are intermixed with videos of faceless ‘violent criminals’ to really drive home the video’s ‘the woke Black mob is coming to get you’ ethos,” per the publication.

“Senator Kennedy has consistently proven to be a strong supporter of law enforcement, Louisiana’s sheriffs, and the needs of their constituents,” said LSA President Kevin Cobb, who serves in Franklin Parish, in a statement.

Kennedy has a reputation for memorable soundbites.

During a Sept. 27 appearance on Jesse Watters Primetime, Kennedy said the state needed to take a number of steps to address its high crime rates. He said lawmakers should support and fund police officers. Kennedy advocated for increasing recruiting, noting that the state had fewer than 1,000 officers when it needs 2,000, and for private citizens to own guns.

“I would tell people, if you care to, avail yourself of your privileges under the Second Amendment,” the senator said. “I believe love is the answer. I do. But I also own a handgun, just in case.”

In an August campaign video focused on Kennedy’s experience in Washington DC, he said he will “never completely fit in.”

“I have the right to remain silent, but I just don’t have the ability,” he said.

“For all those Washington insider elite bed wetters whose feelings I hurt, here’s some free advice,” he continued. “Go buy yourself an emotional support pony because I’m not going to shut up.”

“And one more thing — always be yourself,” Kennedy added. “Unless you suck.”

I have the right to remain silent, but I just don’t have the ability.

The senator suggested President Joe Biden is “more concerned about the best cure for toenail fungus than he is about saving American jobs” in a video summarizing Biden’s energy policy.

Kennedy was a registered Democrat until 2007 when he joined the Republican Party. He served as the Louisiana State Treasurer from 2000 to 2017. He was elected to the US Senate in 2016 and serves on the appropriations, Banking, Housing and Urban Affairs, Budget, Judiciary and Small Business and Entrepreneurship committees.

Kennedy is expected to win reelection in November. 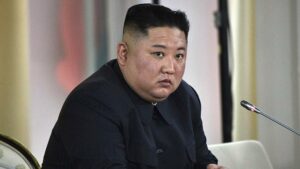