The pilots' union is seeking new contracts and better conditions

Pilots from six airlines took part in protests at multiple airports across the country, demanding better working conditions and benefits.

The organization, which represents thousands of pilots in America, held “informational pickets” at multiple airports for one day on Sept. 1 ahead of Labor Day weekend. All members were asked to “stand in unity with fellow ALPA pilots and demonstrate our resolve, pride, and collective strength to achieve pilot goals.”

Off-duty pilots from Delta, Endeavor, JetBlue, Sun Country, Spirit and United who joined in the pickets were asked to wear their summer uniforms without hats or company IDs. Participants were also asked to “limit conversation with other picketers,” not to engage with the public or press, and to “not block pedestrians, entryways, or exits.”

Demonstrators also carried ALPA-approved signs with messages like “Labor Risk is Back on the Table,” “Ready to Strike,” and “Airlines Must Do Better For All.”

.@Delta_Pilots are on the picket line at @JFKairport to show @Delta that we're beyond ready for a new contract. It’s been 2.5 years since our contract's amendable date & 3.5 years since #DeltaPilots last had a pay raise.
#DeltaPilotContractNow #DeltaPilotsReadyToStrike #NYC pic.twitter.com/XkBexFG0pJ

Commercial airline pilots have expressed concerns about overscheduling and fatigue on multiple occasions in 2022.

“We want to make sure that we’re recognized and acknowledged,” Captain Javier Ramos, a pilot picketing in Orlando, told Click Orlando. “Our message is clear: Take us into consideration as we all negotiate our next collective bargaining agreement.”

“Earlier this year, Delta, ALPA, and a representative from the National Mediation Board restarted our mediated contract negotiations that had been paused for almost two years due to the pandemic,” Delta said in a statement to NPR. “Our goal remains to continue providing Delta pilots with an industry-leading overall contract with the best compensation based on pay, retirement, work rules, and profit-sharing. We’re also committed to making sure the contract language supports our ability to run a world-class operation, maintain a strong balance sheet, and invest in our business for our customers and employees alike.”

According to NBC News, the ALPA’s September demonstration is not expected to disrupt travel for passengers. 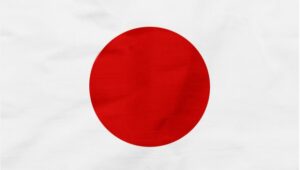