Photo courtesy of MichaelKirsh. Dimension of the photo has been altered.

The Washington Post, founded in 1877 and published in Washington D.C., is often counted as one of the top papers in America, and friends, I’ve been honored — nay, blessed — over the last few years to observe its involvement in some of the most unintentionally hilarious misadventures I’ve ever seen in my life.

From the merciless dragging that ensued after they called a terrorist as “an austere religious scholar” to getting sued into oblivion and having to settle with the teenager they defamed for smiling, The Washington Post has always, without fail, left me on the edge of my seat and wanting more. Craving more. And I’m happy to report that recently The Washington Post has once again made my dreams come true.

This one thing you must remember, or nothing that follows will seem wondrous.

is an offensive name

and needs to be renamed.

I don’t even smoke but I’m gonna need a cigarette.

A summary courtesy of the Post Millennial: “The writer argues that in order to address the university’s systemic racism, institutional inequality, and white supremacy, the school must be renamed, increase black enrollment, select a black president, and adopt decolonized university curriculum.”

As I explained in a recent article, Communism and CRT use the same playbook and in order for the authoritarians among them to usurp power, they must have their foot soldiers destabilize America — this includes debasing our families, our individuality, our truths, and our history. The way they do this in the case of CRT, I refer to James Lindsey, author of Race Marxism: “[They will] call everything they want to control ‘racist’ until they control it.”

The intention is so The Truth and history of George Washington — who led us to victory in the Revolutionary war and served as the first American President of our country — would no longer be ours.

Sidebar: Anytime I see words like “systemic” and ”institutionalized” used by students regarding colleges, I always wonder if they realize the institutions of America are the colleges, the cities, big tech, big Pharma, corporations, the media, Hollywood, and everywhere long established that is heavily, heavily left wing. Yet that’s where I’m reliably told all the racism thrives. All I’m saying is y’all never call it flyover country racism or red dirt road inequality. But moving on…

George Washington was the original American badass. Not only did he lead the colonial army across the frozen Delaware in a blizzard on Christmas Night to slay the Hessian Army in their sleep, but he was nearly impossible to kill. Washington survived six of the most deadly diseases ever to grace his time, including tuberculosis, dysentery, pneumonia, malaria, smallpox, and diphtheria, and in his entire military career, he was never shot, though he did have two horses shot out from under him. But regardless of how larger-than-life Washington was (literally: he was over 6 feet tall, which was massive for the time period) he was mortal and those who are mortal, sin.

Washington’s ownership of slaves is a mark against him. That’s the fact Race Marxists try to use to erase him — not in good faith, they just want power over our history because those who control the past control future. It’s hard for many of us, myself included, to understand how anyone could own people because owning people is such an unthinkable act today — or is it?

Slavery was an admissible practice of early America, much like abortion today: it is acceptable to some, while unthinkable to others — end of discussion. It takes the same interpretation of property rights to own a person as it does to abort your own child: it’s less than human, it belongs to me, I can do with it as I please. But I digress…

If you want to talk about problems that were “systemic” and ”institutionalized,” slavery was the OG, a practice brought over from Europe practiced for centuries, and infused into the fabric of the colonies. Abortion is also systemic and institutionalized with 79% of surgical abortion centers in minority communities. But with the failure of the codifying of Roe (spoiler: the bill didn’t actually to do that), I believe we are already in a second Renaissance of what it means to be a human and that there will come a day where abortion is looked back on with the same disdain as we view slavery today. As someone who ardently opposes both slavery and abortion, and I hope I’m around to see that day.

As I had previously stated in an earlier editorial, the founding of the United States of America was always about ending slavery, not keeping it. Erasing people from history — for any reason, and particularly if you’re just a closeted Communist megalomaniac — is stupid and immoral. It doesn’t ”erase their sins.” It doesn’t “heal.” It hides the bad deeds away and leaves room for repetition in the future. But if we keep examples present, they stand firmly as a measure of progress and an unrelenting reminder of how far we’ve come. People have got to stop canceling people, dead or alive. Canceling is lazy and inefficient. Nevertheless, this is the way of Communists, which is why the ideology always fails.

I think the question in the end is, who wins in a battle when one person’s right to life conflicts with another person’s right to property? That answer is evolving as our interpretation of life grows and we become inherently more empathetic to what defines a human, just as we did with slavery. But until then, only three things are certain: death, taxes, and that The Washington Post will routinely and just delightfully destroy their own credibility much more often than we deserve. 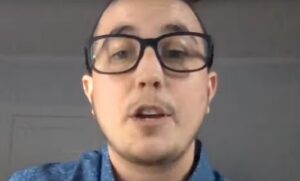